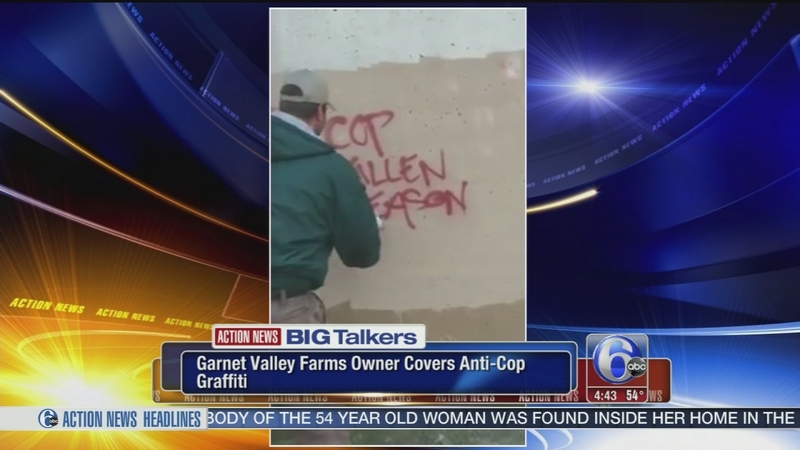 GARNET VALLEY, Pa. (WPVI) -- The owner of a landscaping company in Delaware County has a lot of new Facebook friends thanks to a few strokes of white paint.

Over the weekend, McCusker posted video of some graffiti that had been bothering him.

He says he spotted the words "cop killen season" spray-painted on an I-95 overpass in Chester twice in one week.

So on Saturday, McCusker decided to act. He not only stopped his truck to paint over the graffiti, he also added his own playful twist on the hateful message.

McCusker then topped off his makeover by putting an American Flag sticker next to the two posters of the smiling snowmen.

The father of two's video has since been seen more than 112,000 times - including by the city of Chester police, who called his actions "truly amazing".