CAMDEN, New Jersey (WPVI) -- There are some adorable new arrivals at the Adventure Aquarium in Camden just in time for Mother's Day.

Little blue penguins are the smallest species of penguin in the world.

The Adventure Aquarium enlisted the help of guests and members to name the chicks. 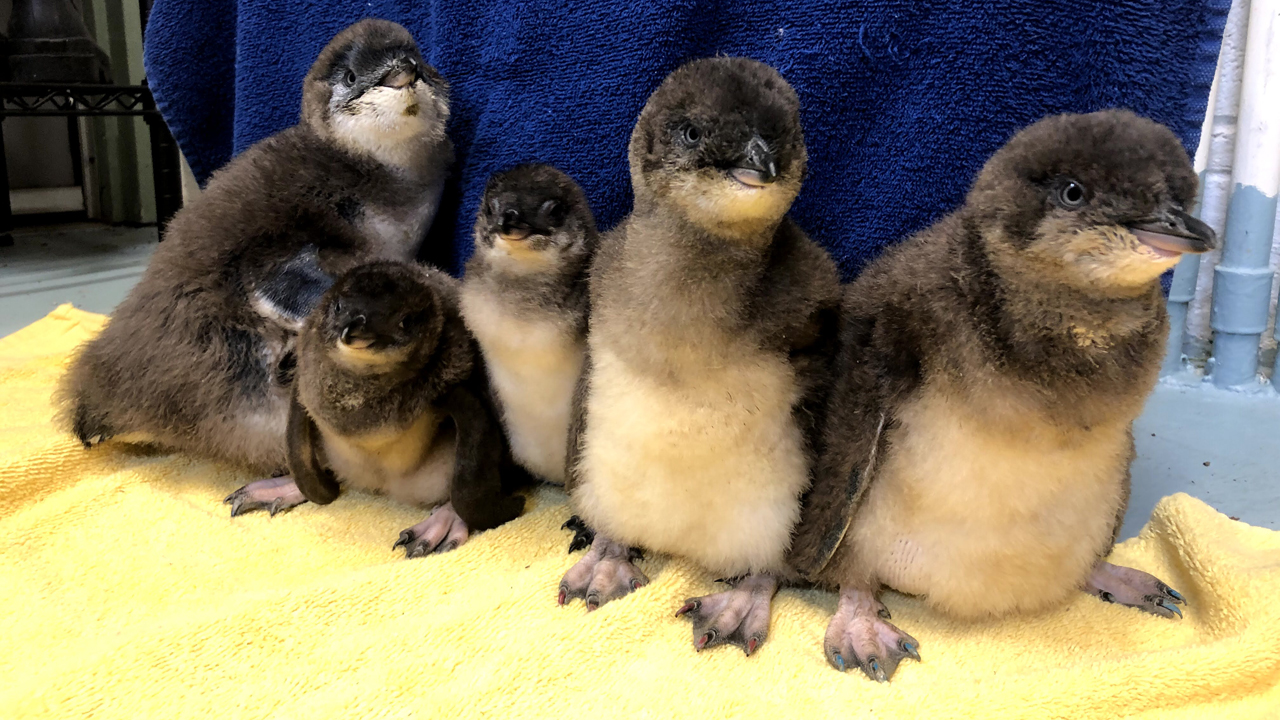 "The mythological creatures theme won which is fitting since little blue penguins are also known as 'fairy penguins,'" the Aquarium says.

Four of the penguins are girls and were named: Siren, Fairy, Pixie and Phoenix. The fifth and final chick hatched was the only boy, named: Griffin.

The little penguins are already busy showing off their swimming skills!

The little blue penguin chicks (who are not quite so little anymore!) went for their first swimming lesson. To say they did swimmingly would be an understatement! 🐧 pic.twitter.com/3pU7XjpuBh

The Aquarium says it's a pandemic baby boom of sorts.

This is the largest group of hatchlings than all four previous breeding seasons combined, officials say.

The Adventure Aquarium's Bird and Mammal Team aimed to replicate the penguin's natural environment in the exhibit.

They made modifications including increasing water temperatures by two-to-four degrees every two months varying from 58F to 70F, altering the lighting in the exhibit to match the daily length of sunlight on Phillip Island, Australia, adding a fan to the exhibit space for improved air circulation to evaporate excess water away from the nesting boxes and adding ventilation holes and lifting the roofs of the nesting boxes to provide better in-box temperature and humidity levels.