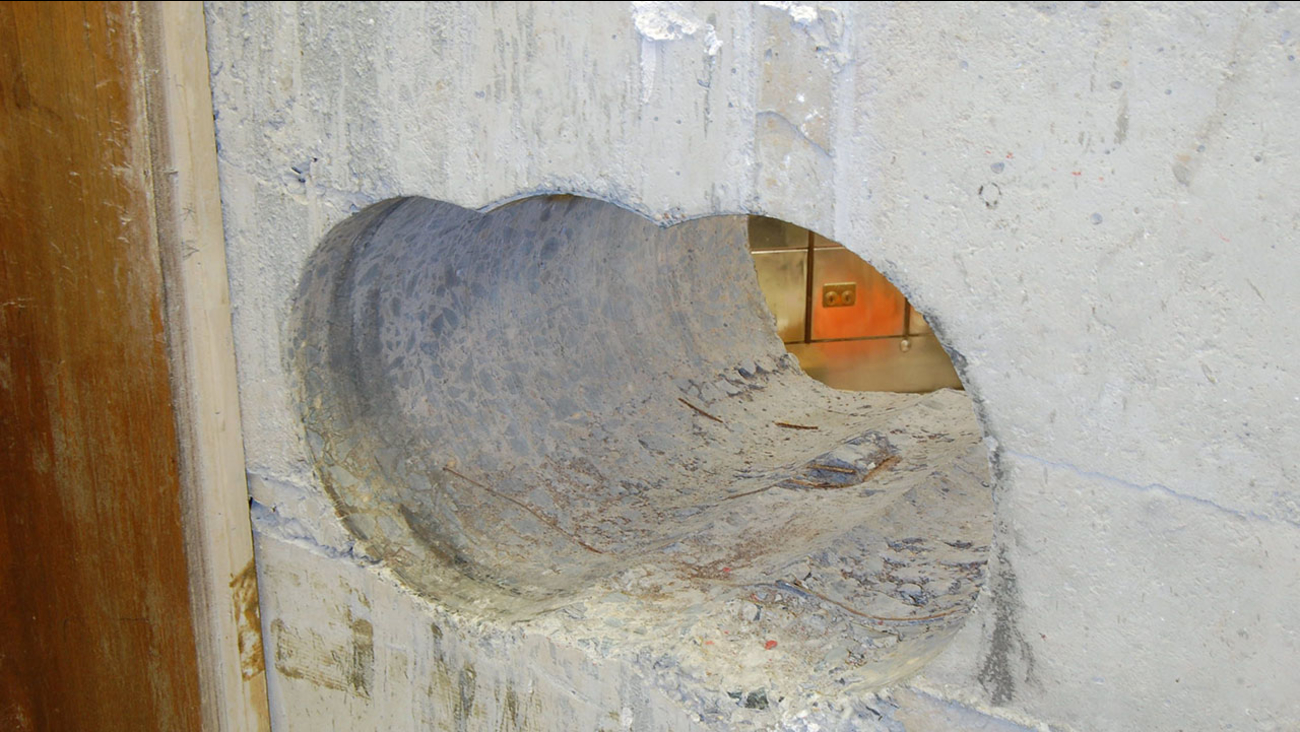 The tunnel leading into the vault at the Hatton Garden Safe Deposit company, made with a concrete power drill. (AP)

LONDON -- In a remarkable heist reminiscent of Ocean's 11, crafty burglars drilled an enormous hole through a vault in order to ransack a safety deposit box vault, making off with more than $300 million in jewels. 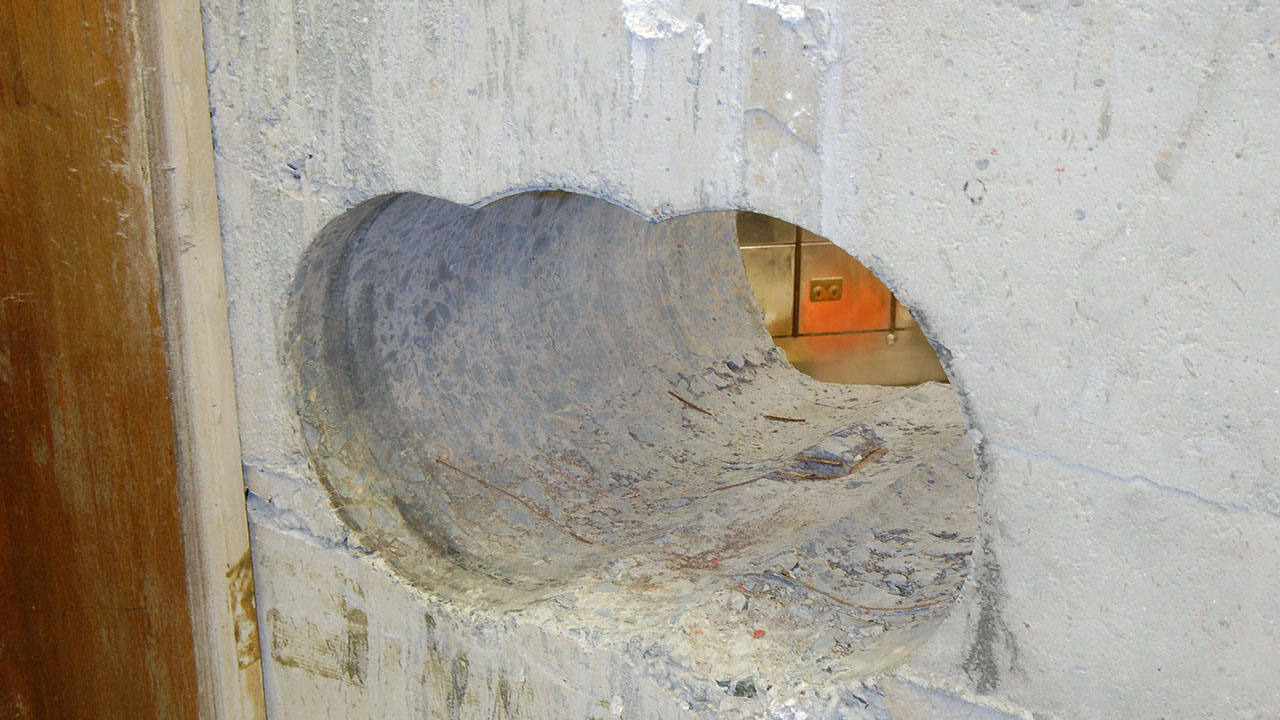 PHOTOS: Robbers drill massive hole through vault to steal $300M
In a remarkable heist reminiscent of an 'Ocean's 11' movie, crafty burglars drilled an enormous hole through a vault in order to ransack a safety deposit box center, making off with more than $300 million in jewels.

According to the BBC, 72 safe deposit boxes were opened at the Hatton Garden Safe Deposit Ltd in London over the Easter holiday this month, with the crooks leaving behind dozens of empty, discarded deposit boxes and their heavy-duty power tools.

Police said that the gang of thieves gained access to the building by climbing down an elevator shaft, then drilled a hole through the vault wall to enter it.

The massive hole -- 18 inches wide, 10 inches high and 20 inches deep -- was made with a Hilti DD350 concrete drill, weighing over 76 Ibs. Surveillance footage shows the robbers were dressed as construction workers, complete with hard hats and fluorescent vests.

Metropolitan Police are still reviewing how no response was made to Hatton Garden after discovering that, despite an intruder alarm having gone off at the scene in the early morning hours, it was deemed that no police response was necessary.

"People are pretty shocked around here. We expect there to be robberies. We're working with high value objects, we expect them to be stolen. We expect people to come at us with guns or break the windows," James Riley of the Gemmological Association of Great Britain told BBC. "What we don't expect is what is clearly a very highly organized and very cleverly masterminded crime on this sort of scale."

A Hilti DD350 drill drilling through a concrete wall