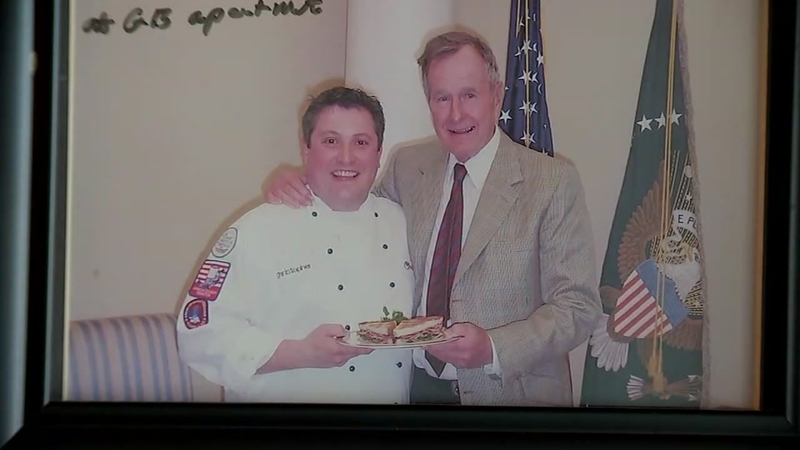 COLLEGE STATION, Texas -- The Bushes' personal chef in College Station is preparing to cook the former first lady a final meal that'll feature one of her favorites.

"Working for the Bushes has been the honor of a lifetime, of course, but at this time for the family we're glad to be there," Lampo said.

The real honor he said was getting to know the former first lady.

"Of all the people that we've cooked for," Lampo said. "To get a, 'thank you, Christopher,' from Mrs. Bush was always best thing to work for."

As the Bushes became a part of College Station with the presidential library, Lampo offered to be their chef.

"They gave us a shot, and Mrs. Bush was pleased," Lampo said.

He cooked for the first family for 17 years.

Whether it was dining at his place, Christopher's World Grille, or at their College Station apartment.

"We knew how special they were, but they never wanted to be treated special," Lampo said

A bond that can be found among the photos and notes in his businesses.

And there's always a story behind each photo, especially the one with him and the former president holding a sandwich.

Lampo says the former first lady always picked the menu. There was one time, when the former president did.

But when Mrs. Bush learned he decided on bacon and cheddar sandwiches, it was quickly removed.

That didn't stop Lampo from sneaking one behind her back.

"I actually brought him a bacon and cheddar sandwich on the side so he could have it in the kitchen," Lampo said.

Lampo said the former first lady wasn't fussy. But there was an item he had to learn.

"I didn't even have a recipe for a yeast roll," Lampo said.

An item he quickly perfected.

On Friday, he baked the yeast rolls one last time for the former first lady as a way to pay tribute and say goodbye.