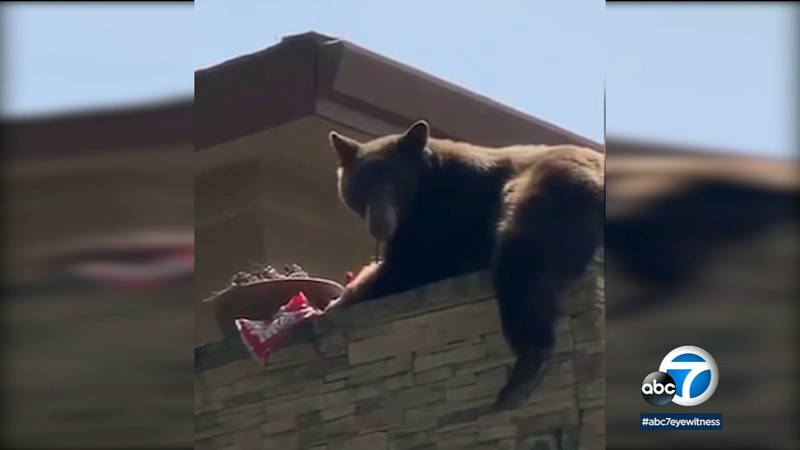 CLAREMONT, Calif. -- It wasn't guerrilla advertising - but it definitely got people talking about Twizzlers.

Cellphone video obtained Sunday showed a bear with a sweet tooth digging into a bag of Twizzlers as it casually perched on top of a wall at a California home.

The bear appeared to be in a chill mood, letting one leg dangle over the side of the stone wall of the Claremont house as it dug into the red bag.
The bear occasionally looked up at the neighbors filming the spectacle - and then returned to its sweet treat.