'He could have been alive:' Victim's family speaks out after Bensalem hit-and-run 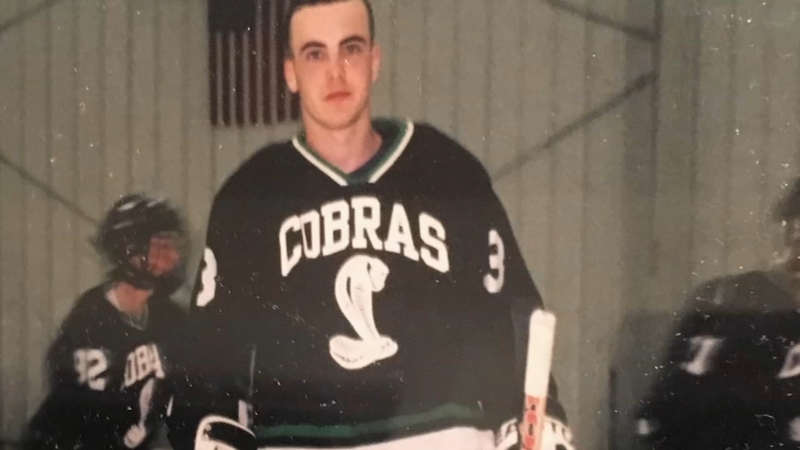 BENSALEM, Pennsylvania (WPVI) -- The father of a man struck and killed by a hit-and-run driver in Bensalem, Bucks County is asking for answers as the 21-year-old suspect faces charges.

Dennis McGuire can't understand how someone could have just left his 38-year-old son Timothy lying on the side of the street after crashing into him.

"Just to hit someone, OK, it's a mistake, it was an accident. But just to leave someone there - he could have been alive," said Dennis McGuire.

According to authorities, the 38-year-old victim was walking from his mother's house in Northeast Philadelphia to the home in Bensalem where he lived with his father.

"His phone wasn't working so he couldn't get a hold of me to go pick him up which I usually do. Next thing I know, police are at my house," Dennis McGuire said.

Timothy McGuire's body was not found until approximately 6 a.m. off the roadway between bushes. A neighbor out for a walk came upon his body, investigators said.

Detectives spent the day combing the crash site for evidence, but it would be residents' tips that led them to the 800 block of Edgewood Avenue.

Action News' cameras were on the scene as police found McCausland at his mother's home and the damaged Kia parked in the driveway.

The vehicle matched the description of the striking vehicle that kept going, leaving pieces of green plastic strewn in the roadway, investigators said.

"That company is being very cooperative. It's his mother's job and he took it without permission," Harran said.

Detectives are still determining whether McCausland was under the influence during the crash or if he just didn't see McGuire.

The 38-year-old's family is hoping that they'll get that question answered and more.

"It's all you got now. A lot of good memories, but I'm just a little puzzled why someone would do that," Dennis McGuire said.

Police said the 21-year-old was driving on a suspended license and speeding at the time of the crash.