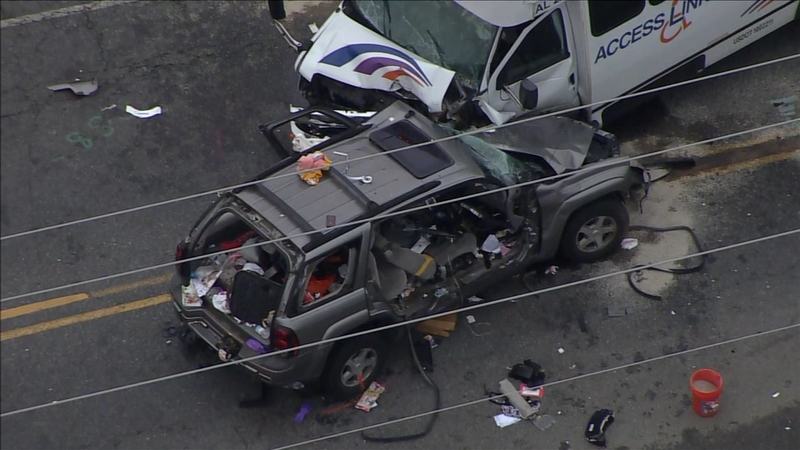 BERLIN, New Jersey (WPVI) -- The man who died after a head-on collision between an SUV and a New Jersey Transit Access Link van in Winslow Township, Camden County has been identified.

Police say 28-year-old Howard Markee was driving an SUV that collided with the Access Link van, which transports people with disabilities.

The van driver, the one passenger who was using a wheelchair, and all three people in the SUV were taken to the hospital.

Markee was trapped for half an hour as firefighters worked to free him from the vehicle.

He was airlifted to the Cooper University Hospital, but succumbed to his injuries a short time later.

Police said an investigation into the cause of the crash continues.

CONFIRMED: One of the people involved in the crash on Cross Keys Rd in Winslow Township has died. SUV collided with a NJ Transit Access Link van. @6abc pic.twitter.com/48CE4BK5IU