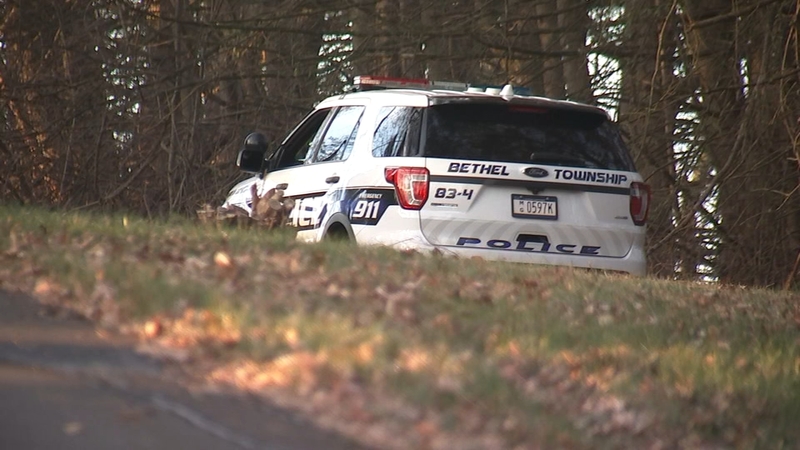 BETHEL TWP., Pennsylvania (WPVI) -- A man is now locked up after shooting at police during a long standoff in Bethel Township.

Bethel Township police had issued a shelter in place order for residents in the area of the 1500 block of South Garnet Mine Road. The order was lifted around 2 a.m. Monday.

Copeland said a neighbor called police after finding a bullet in her home Sunday around 1 a.m.

Officers were called hours later about shots being fired from Zanchuck's home.

Police spent several hours investigating the trajectory and determined the bullet in the neighbor's house came from the direction of Zanchuck's home.

Officials said Zanchuck would not cooperate and told police to leave his property while standing on his front porch with a rifle.

At one point, investigators turned off power to the block during efforts to take Zanchuck into custody.

"It is incidents like this they remind us just how dangerous situation can get literally on the turn of a dime. Mr. Zanchuck is not legally permitted to own a firearm. He has in fact been involuntarily committed in the past and he was determined to at least possess at this point in time one firearm, which literally put our police officers in grave danger," Copeland said.

At 2:15 a.m. Monday police lifted the shelter in place order.