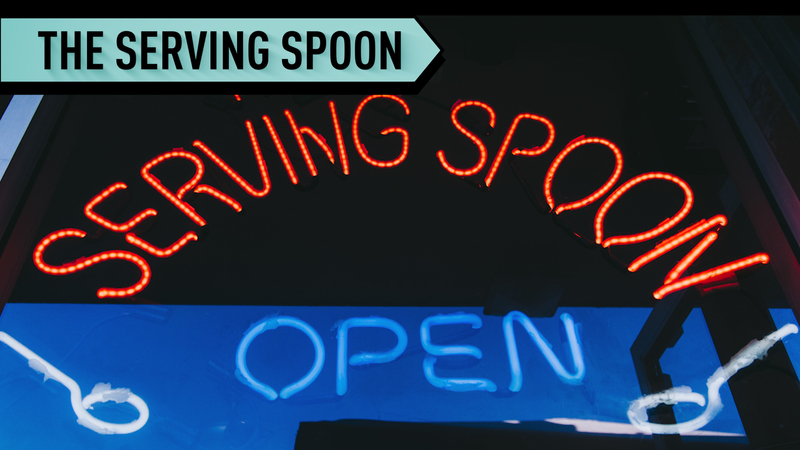 LOS ANGELES -- "This is one of the hardest things I've had to do ever, and that is reach out for help," said co-owner Angela Johnson in a video asking her community for help for her soul food restaurant.

Angela Johnson co-owns The Serving Spoon with her husband JC Johnson and she said the Inglewood, CA restaurant is in its 37th year, but even with all that history, nothing could prepare them for the hardships that the pandemic would bring.

Facing the threat of having to shut down, Angela put out a cry for help on her social media asking the community for donations.

"I was pretty much in a panic. Our numbers had dropped drastically and I realized that we weren't going to be able to keep our doors open if we didn't get help."

The community rallied behind the serving spoon. Three days after posting the video, The Serving Spoon had already raised $25,000 of a $75,000 goal on GoFundMe.

It even caught the attention of Rams tackle Andrew Whitworth and his wife Melissa who donated another $50,000 dollars.

"It felt amazing," Angela Johnson said. "It felt very humbling because we really had no idea that the community felt this way about us. We had no idea."
Johnathan Franklin is an Inglewood native and even signed his letter of intent to play UCLA football at The Serving Spoon. He now works as the Director of Social Justice and Football Development for the Los Angeles Rams, and he says he's not surprised that The Serving Spoon received so much support.

"The Serving Spoon is an iconic a staple within Inglewood," Franklin said. "It goes beyond just a restaurant and when you come in inside the restaurant, it's the family feel and residents understand that."

Angela Johnson said as one of the longest Black-owned establishments in Inglewood, she's proud to be contributing to Black History every day they keep the doors open to The Serving Spoon.