Donations pour in for black-owned business burned down by looters 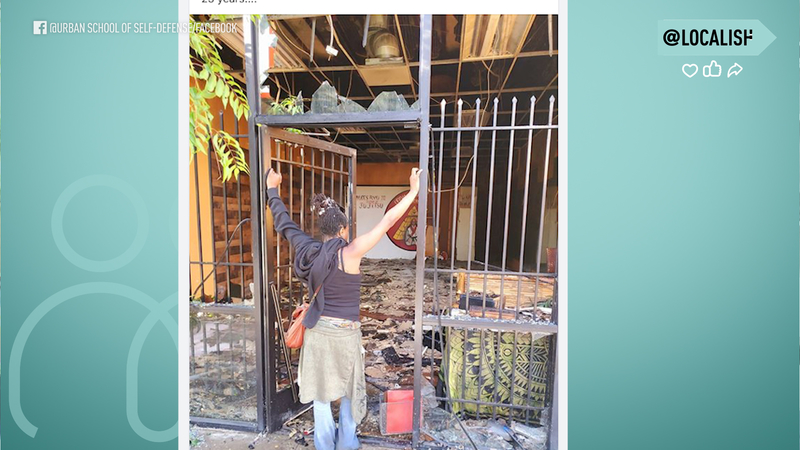 Donations pour in for black-owned business burned down

Small business owner Zahalea Anderson watched her self-defense school burn down on live TV. The Ju-Jitsu professor was looking forward to eventually reopening the Dojo after months of being closed due to the coronavirus pandemic.

"I'm at home and turn to the news and I see my building on fire," said Anderson. "Every single emotion that you can think of just ran through my veins."

Anderson has been teaching Sanuces Ryu Ju-Jitsu for 25 years in downtown Long Beach, CA. After a peaceful protest in honor of George Floyd ended, looters came and wreaked havoc on the city.

The Urban School of Self-Defense was part of a business complex on Seventh Street and Pine Avenue that was set on fire.

"I'm for the cause," Anderson said. "Look at me; I represent. I understand what has been going on. So, to have this happen, I am upset. But then I am not upset because I understand."

Anderson posted a photo of herself to Facebook, standing in front of what was left of her family business. This post caught the eye of Bobbi Towns, an artist from Columbus, OH.

"I just felt like it was my opportunity to put my money where my mouth was," Towns said.

Towns tweeted out a call for action which went viral.

We gotta help her pic.twitter.com/eoE5KEfHgr

That tweet got the attention of Michigan college student, Marie Hosep, who created a GoFundMe page to benefit Anderson and the Urban School of Self-Defense.

"I just hope it helps her with the business and that she's going to come back better than ever with the money," Hosep said.

So far, the GoFundMe page has raised more than $134K for Anderson.