Kelly Rizzo said the 'Full House' star 'had the biggest heart of anyone I'd ever known.'
WPVI 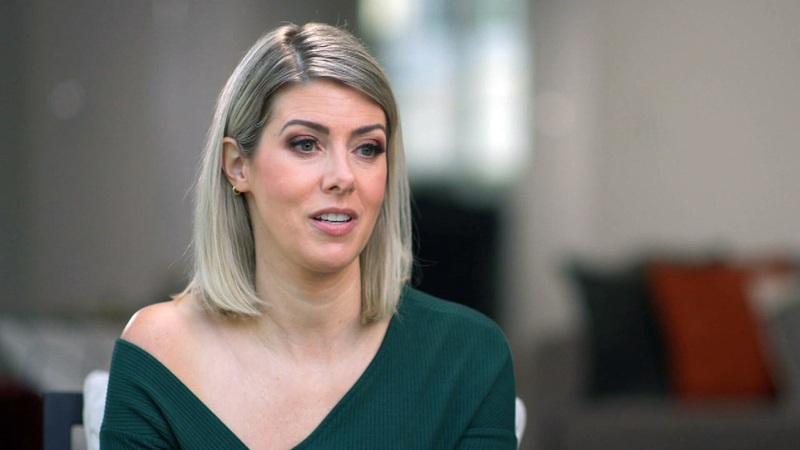 LOS ANGELES -- To the world, the late comedian Bob Saget was affectionately known as "America's dad." To Kelly Rizzo, he was the love of her life.

"There's only so many tears your body will let you cry," Rizzo, Saget's widow, said in an interview with "Good Morning America" that aired Thursday.

"He had the biggest heart of anyone I'd ever known," she added. "He put everybody first. He did everything for everybody. If you had a problem, he was the first person that was going to take care of it and help you ... He was just the most absolutely wonderful husband that I ever could have dreamed of."

The "Full House" actor, 65, was found dead lying on his bed in a luxury hotel room in Florida. He had just kicked off his "I Don't Do Negative Comedy Tour" and celebrated online.

"I'm back in comedy like I was when I was 26. I guess I'm finding my new voice and loving every moment of it," he posted on Instagram before he died.

Bob Saget has died at a hotel in Orlando Sunday, according to the Orange County Sheriff's Office. He was 65. Sandy Kenyon has more.

That night, he also reached out to Rizzo, texting her: "I love you so much, and I can't wait to see you tomorrow."

"[He] was telling me what a wonderful show he had and how it was so amazing ... He was happy and loving what he did. It made him so happy, to bring laughter to people," she answered.

She described feeling sadness, shock and disbelief upon learning about her seemingly healthy husband's death. Saget was found with no signs of trauma or foul play, according to a sheriff's office report. It could take months for an autopsy report to determine the cause of death.

An autopsy on Bob Saget was performed Monday and while the full results could take months, the sheriff's office is detailing the conditions in which the comedian was found.

Rizzo called their love story a whirlwind that started when the two met the modern way: He sent her a direct message on social media. After dating three years, the couple married in 2018, with Saget turning their ceremony into a bit of a comedy act.

"Oh gosh. Bob did a minute of stand-up during our vows," she said, laughing. "And he just made me laugh so hard."

Rizzo said her late husband's three passions were his daughters, his comedy and his cause. Saget was a champion for the Scleroderma Research Foundation, motivated by the memory of his late sister, who died of the autoimmune disorder in 1994.

"If you knew Bob, you know he gave the best hugs ... It was a very deep, meaningful hug. And then he would rest his head on your shoulder," Rizzo said.

"I'm just so proud of him because he truly brought people together. He was so wonderful, and I was so honored to be his wife and to be able to be a part of it and bring any bit of happiness that I could because he deserved it so much," she said.
Report a correction or typo
Related topics:
arts & entertainmentlos angelescelebrity deathsbob sagetgood morning americaotrc
Copyright © 2022 WPVI-TV. All Rights Reserved.
BOB SAGET
Evidence photos show Bob Saget's Orlando hotel room
Judge blocks release of records related to Bob Saget's death
Judge blocks release of additional records in Bob Saget death
What to know about brain injury following news in Bob Saget's death
TOP STORIES
AccuWeather: Severe Thunderstorms This Evening
Teen, officer and driver injured after police chase ends in crash
'American Idol' finalists gear up for last performances in finale
Texas woman sought in fatal shooting of pro cyclist: US Marshals
Something strange is happening with our universe: NASA
78,000 pounds of infant formula arrives in US
12 shot and 4 dead after string of shootings in Philadelphia
Show More
Fate of 2,500 Ukrainian POWs from steel plant stirs concern
Pennsylvania's Fetterman released from hospital after stroke
Some peanut butter recalled for potential salmonella
Biden pushes economic, security aims as he ends South Korea visit
South Jersey Army Navy shop sends uniforms to Ukraine
More TOP STORIES News