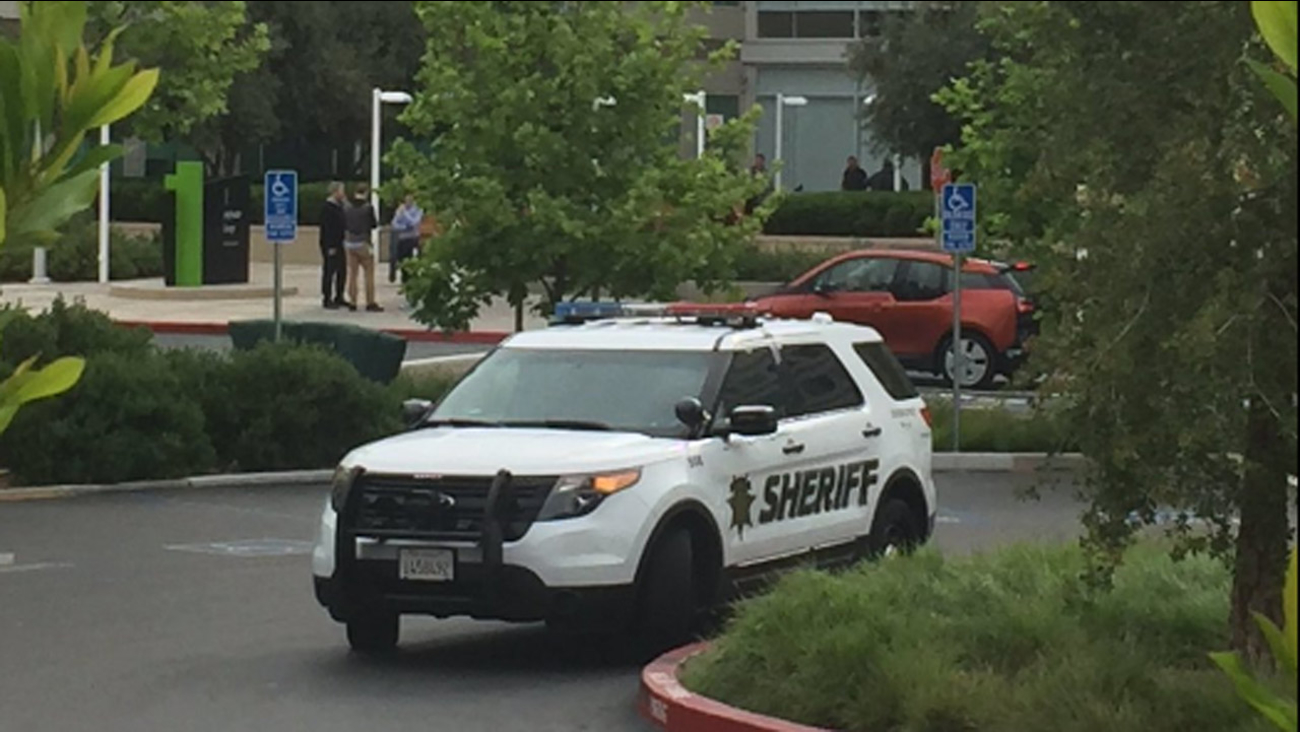 CUPERTINO, Calif. -- The sheriff's department in Santa Clara County, California is investigating the discovery of a body in a conference room at Apple's headquarters.

The headquarters is located in Cupertino.

The body was first discovered around 8:30 a.m. Pacific.

Authorities have identified the person as a male Apple employee.

A gun was found next to his body.

Police say no one else was involved and there is no threat to the public.

#Breaking- Person found dead in conference room at #Apple Headquarters is a man. A gun was found nearby. pic.twitter.com/PKgnFy7MRh

#Apple not commenting on death at Cupertino headquarters.
No word if person found dead in conference room is employee.

Sheriff investigation at #Apple headquarters in Cupertino. A body was found in a conference room. pic.twitter.com/HC7UBPWROM