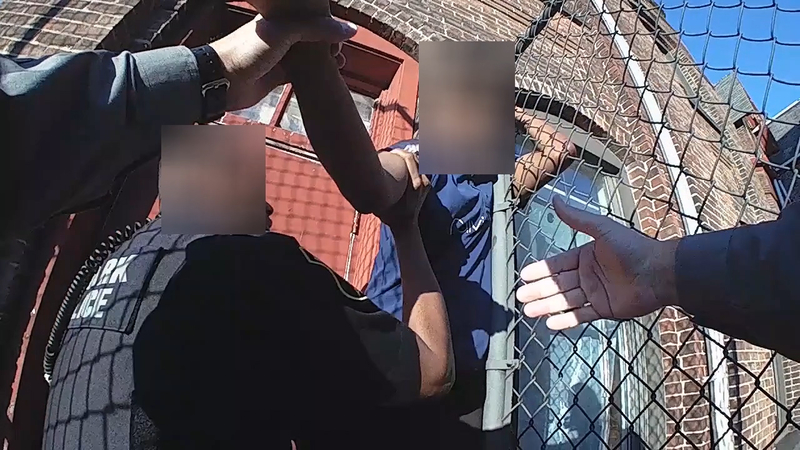 Officials said the teen locked himself in a common area at the Youth Consultation Services in Newark around 5 p.m. Monday.

He made his way out on the fire escape, was standing precariously, and threatened to jump with nothing between him and the ground below. That's when police arrived.

Police said one officer, Sergeant A. Barbosa, distracted the 13-year-old with conversation while another, Officer Shaquille Johnson, pulled him away from danger.

"We made the decision that we had to go out. There was no other decision to make. Once we got outside, we were able to grab his arm and bring him down," Sgt. Barbosa said.

The video shows officers consoling the teen on the fire escape as he begs them to leave him alone.
"Whatever's on your mind, we're listening, man. We're listening," one the officers said in the video.

The two officers remained modest during their press conference and gave all the credit to their training.

"I have a nephew who is 13 years old. My thing was get this kid off this ledge and to safety," Barbosa said.

"Once we grabbed a hold of him, he began to talk to him and soothe him down. I started inching his leg over a little more just so he wouldn't fall," Officer Johnson.

The rescued teen was then transported to University Hospital for evaluation.