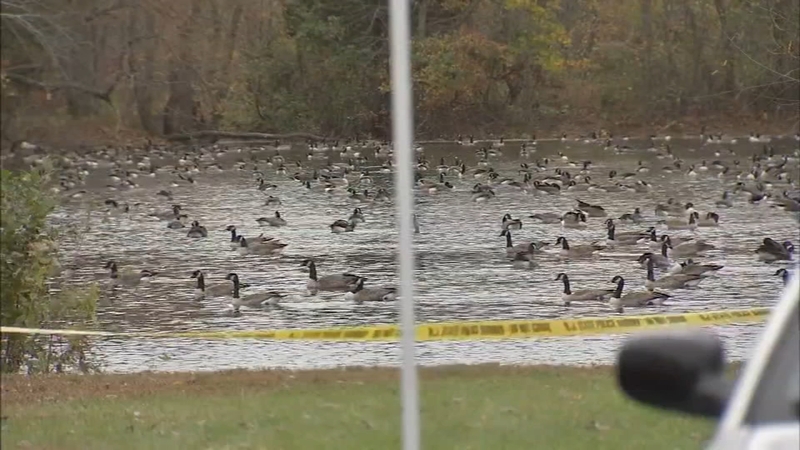 SOUTHAMPTON TWP., N.J. (WPVI) -- The search for a toddler in Burlington County, New Jersey on Friday ended in tragedy.

The body of 2-year-old Adam Reed was pulled from a shallow lake near his home in Southampton Township.

"It was called in by his mother. Troopers responded to the area and they subsequently discovered the boy in the water," said Sgt. Jeff Flynn of the New Jersey State Police.

A father and son described a trooper's effort to save the little boy.

"I just happen to look over to my left and seen a state trooper pulling little boy out the lake, and God bless the state trooper, he was right on it, he was doing CPR instantly, non-stop," said Richard Ellis Jr.

"The state police pulled the little boy on the road there, tried to give CPR, but you could tell he was gone,' said Richard Ellis Sr.

It appears little Adam walked some 200 yards from his home to the lake.

Police are reviewing surveillance video as they work to determine how little Adam got away from his family.

Colleen Alburger one of those who had searched for the boy.

"I am sure the attraction may have been the ducks. Little kids like ducks and you know, I am beside myself. I have got five grandkids, I worry about them all the time," Alburger said.