PHILADELPHIA (WPVI) -- Philadelphia's own Boyz II Men is giving back to the community they call home.

The Grammy Award winning group joined Live Nation and Revered Mark Hatcher from Holy Ghost Ministries at The Met Philadelphia on Friday night to present a $110,000 donation to the School District of Philadelphia.

The donation will help support music in schools. 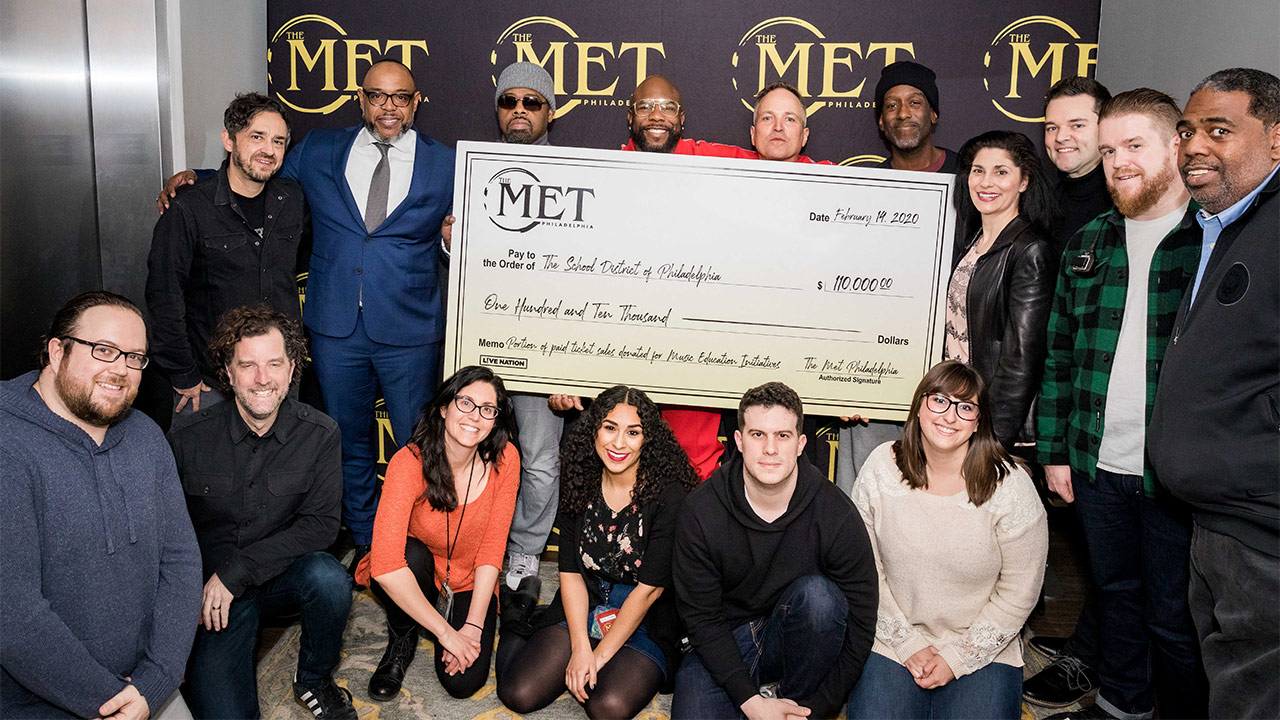 "In only its first year, Live Nation and the Met have raised and made this significant donation as the result of on-going efforts and a commitment to giving back to the community," Live Nation said in a statement.

Boyz II Men attended the Philadelphia High School for the Creative and Performing Arts earlier in the day prior to performing a sold-out show at the Met.