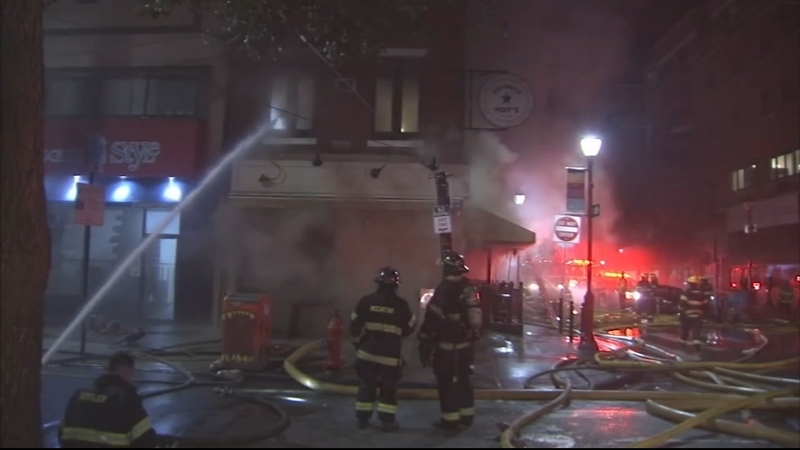 In 2017, the fire leveled the business that was once a 40-year staple.

"We were kind of questioning are we insane, or are we determined or a little bit of both?" said Bridget Foy, whose family owns the restaurant named after her. "We are trying to gear this towards what's happening right now, making sure any guests dining with us can do so safely."

Like most in the hospitality industry, they had to pivot in the middle of a pandemic, including a smaller menu, being take-out friendly and only outdoor dining. It's a very different concept since their doors were last open.

"We want to make sure guests are spaced out. We're an open-air concept, we have these fabulous heaters, so that really helps," Foy said.

"This has been a large part of the neighborhood for many, many years, and now that it's reopened, we had to be some of the first people," said a regular customer David Alpher.

The landmark restaurant @bridgetfoys was destroyed in an electrical fire in 2017, darkening the corner of 2nd and South for three years... until this week. While it’s not fully reopened, it is BACK as a pop up cafe until the City lifts indoor dining restrictions @6abc pic.twitter.com/ToZxMHYEHI

The business is open for its second night this week.

Watching this darkened corner come back to life is a welcomed sight for the Alphers.

"It used to be our second kitchen so we're just happy," said Robin Alpher.

The inside is also all-new from the ground up.