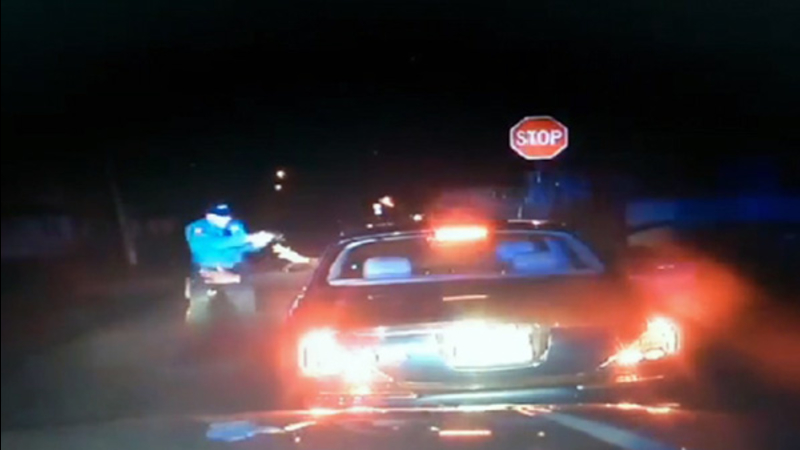 BRIDGETON, N.J. (WPVI) -- Newly released video is shedding new light on exactly what led up to a deadly police-involved shooting in South Jersey.

The police dashboard camera video was released by the Bridgeton Police Department on Tuesday.

The video is from December 30th when two police officers pulled over two men in a car.

The traffic stop escalated quickly, leading up to the use of deadly force.

Officers Braheme Days and Roger Worley ordered 36-year-old Jerame Reid not to move before Reid appears to push his way out of the passenger side door.

The video appears to show Reid with his hands in front of him as he stands to get out of the car and is shot and killed by the officers.

Prosecutors say a gun was recovered however some witnesses say that Reid was unarmed.

At a press conference Wednesday activist Walter Hudson said, "Jerame Reid complied to the officer's demand, got out the car and he received a hail of bullets."

The altercation began with a traffic stop. Reid had a criminal record and was in fact arrested last summer by officer Days for drugs and resisting arrest.

The activists want the Cumberland County prosecutor removed from the case and are demanding the state attorney general to handle the probe.

The county prosecutor's office is promising a thorough and fair grand jury investigation.