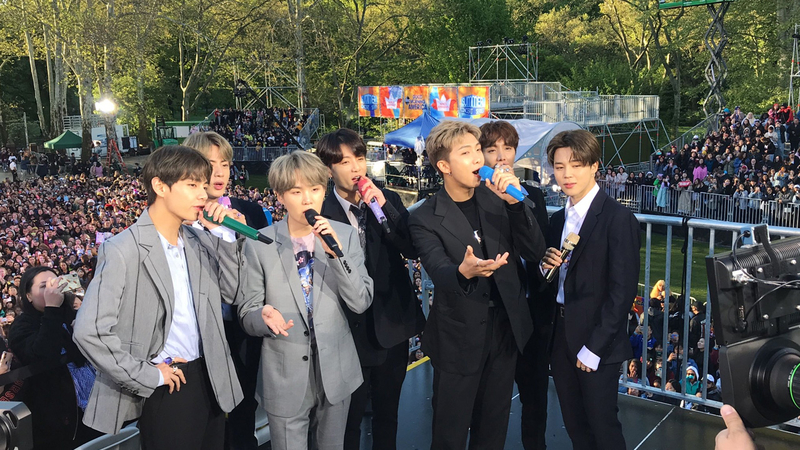 The line stretched for blocks up Fifth Avenue, with some camping out for up to a week in anticipation of the concert.

"I just bundled up and tried to keep my body warm," one fan said.

But it was worth the wait, as BTS rocked the 4,000 gathered in the park.

"It's cold, it's been raining, but it's really cool to see how the Army all unites," fan Anna Tamura said. "And we're all enthusiastic about this and trying to support each other while having a good time."

The tickets were free and were gone quickly, as BTS is the first South Korean act to hit number one on the US Billboard 200 chart.

So what makes them so special?

Fans who missed the free concert have a couple more chances this weekend, when the group takes Met Life Stadium. Those tickets, however, are not free, and New Jersey Transit is already warning people to expect delays of up to two hours after the concert.

Now that the concert is over, there is a big mess left behind on Fifth Avenue. Dozens camped out for a week or more, and many slept there overnight, meaning the parks department has its work cut out for it.

The rest of the GMA Summer Concert Series concerts will also be free and open to the public and will take place on Fridays from 7 a.m. to 9 a.m. Eastern Daylight Time.