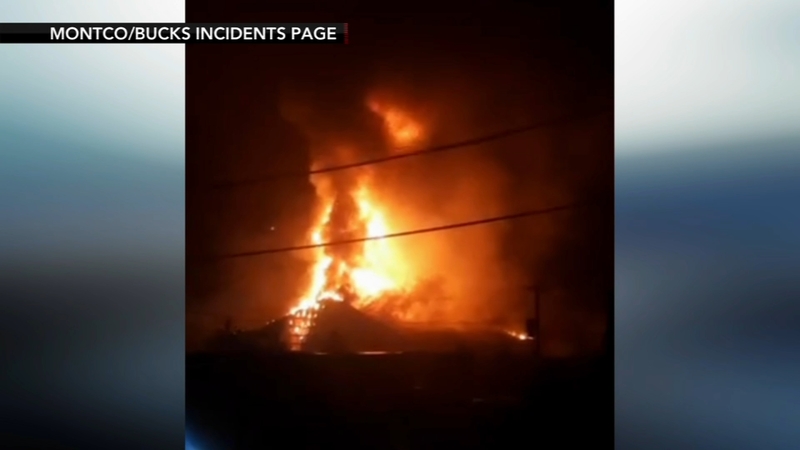 Officials said the fire broke out around 1 a.m. The fire led to the closure of Route 202 near Bristol Road in Chalfont.

All roads reopened around 5 a.m. after crews blocked traffic to run hoses from additional hydrants to access the fire on Industrial Drive.

At first, the fire reached two-alarms, but officials upgraded it to three after requesting more help following a roof collapse.

They said at least three business were destroyed in the fire, including an upholstery and embroidery business.