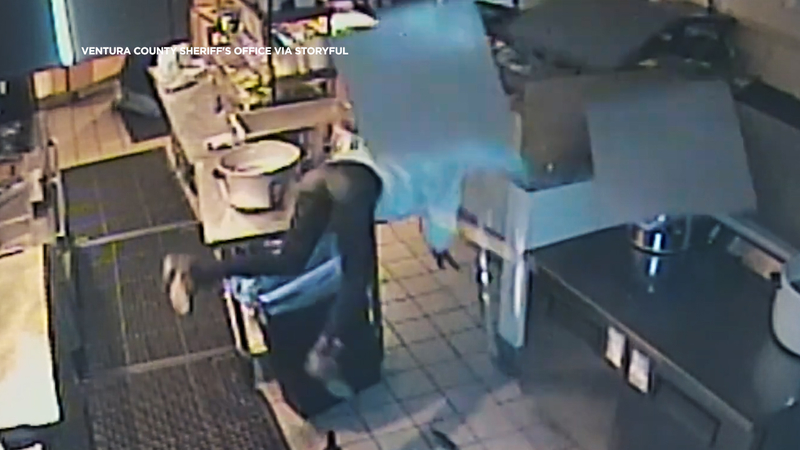 Footage released by the Ventura County Sheriff's Office shows the suspects, described as a white male between 20 and 25 years old and a white or Hispanic female between 18 and 25, in the restaurant.