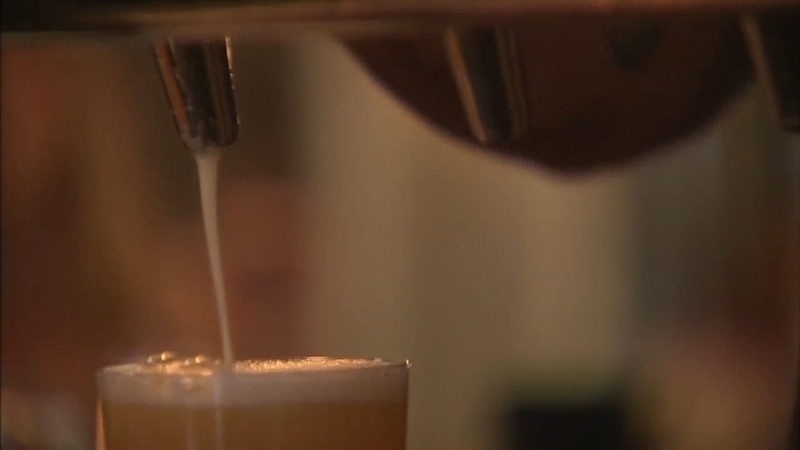 PHILADELPHIA (WPVI) -- A new beer tax across Pennsylvania just went into effect. The "use tax" on state breweries went into effect Tuesday and the added cost could pour onto customers and impact local establishments' bottom lines.

"There's an extra 2 percent we're going to have to pay on every drop of beer that we pour," said Tom Baker, owner of Bar Hygge in Philadelphia's Fairmount section.

It's technically a 1.5% percent tax on the brewer and in Philadelphia, it's 2%.

Right now, Bar Hygge and Brewery Technee in Fairmount does not intend to pour that added cost onto its customers.

"What this tax has done is - more sooner than later we'll think we should raise our prices to cover this tax," said Baker.

Beer tax goes into effect in Pennsylvania. Christie Ileto has more on Action News at 10 p.m. on October 1, 2019.

At Love City Brewery in Spring Garden, the price of a pint of Love City Lager is going up.

"We've had to pass a different tax onto the consumer, which does increase our prices slightly," said co-founder of Love City Brewing, Melissa Walter.

"It's not a huge difference or something we wanted to do, but unfortunately the customer is paying a little more now," she says.


Breweries already pay a tax on the production to Pennsylvania and federal government, a sales tax, and those in the Philadelphia pay a liquor tax to the city - and now this.

"We'll still continue to go out and drink beers, especially local beers, but I do worry about the long term effect on these local breweries," said customer Brian Safford. "And it's kind of, what's next? That's scary for everybody."
Report a correction or typo
Related topics:
businesspennsylvania newspennsylvaniabeer
Copyright © 2021 WPVI-TV. All Rights Reserved.
More Videos
From CNN Newsource affiliates
TOP STORIES