Newlywed beaten to death during his wedding reception, family says 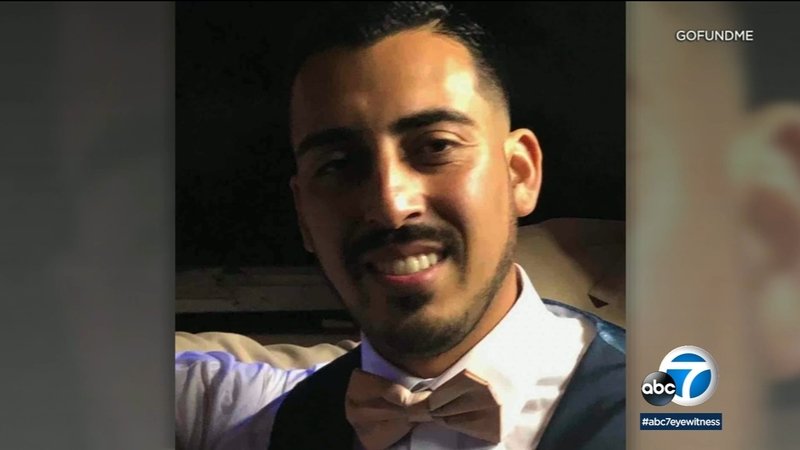 CHINO, Calif. (WPVI) -- Friends and family members are mourning the death of a 30-year-old California man who they say was killed hours after he got married.

Loved ones say Joe Melgoza was beaten to death during his wedding reception early Sunday morning by two men who tried to crash the party.

Melgoza was found by Chino police after officers responded at about 2:20 a.m. Sunday regarding a fight. Melgoza suffered blunt force trauma to his head and was transported to a hospital, where he died, according to police.

When police initially responded to scene, they found a large crowd from the party and two victims of battery who had sustained minor injuries. They began searching for Melgoza after hearing from witnesses that another victim was missing. Police found Melgoza in the backyard of a residence.

A GoFundMe page has been set up to help with Melgoza's funeral costs.

"Joe was a loving son, brother, father, cousin, partner, family member and friend. He always had a way to make you smile. He was there for you at anytime to give a helping hand," the GoFundMe page stated.

The suspects are both from Chino, California. Their relationship to Melgoza was not known.