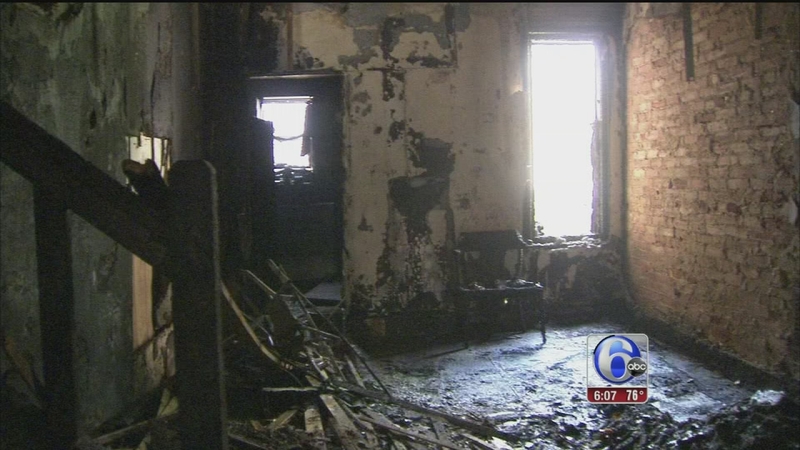 CAMDEN, N.J. (WPVI) -- A mother and her 7-year-old son were critically burned in a fire in their Camden home.

The victims are identified as Latifah Thomas and her 7-year-old son Hemza.

Odell Custis also shares a home with the victims.

Authorities say Thomas and her son crawled out a back window of the burning house, ran through the backyard and wound up on Michelle Bruce's porch.

They were badly burned and screaming in pain.

"I know they were burned up really bad...and I could tell they jumped out of something 'cause they didn't have no shoes on or nothing," said Bruce.

The entire home was burned out.

Thomas told people that before she escaped from the fire, she came downstairs first to try to wake up one of her roommates, who she thought was sleeping on the couch.

That trip downstairs delayed Thomas and her son from escaping before the flames got out of control.

On Sunday PSE&G crews were at the house where they sealed off the gas line to the property.

Several people reported hearing an explosion before the fire.

"I don't really know how the fire actually started but I heard this loud big boom," said Wayne Hughes.

City fire officials are still investigating the exact cause.