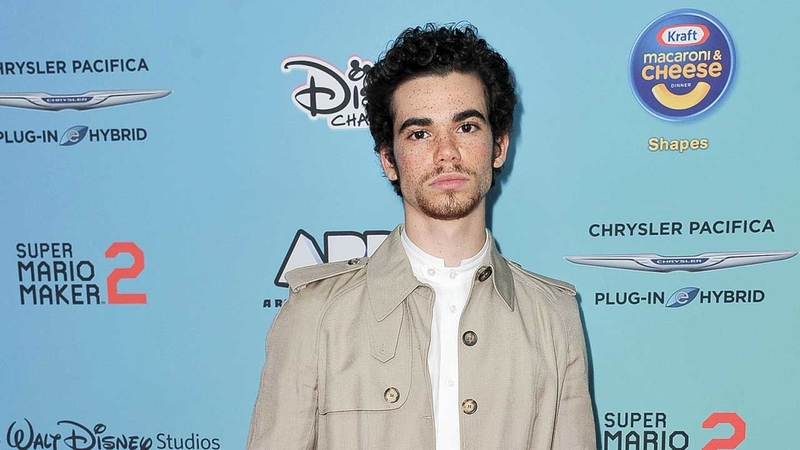 Cameron Boyce cause of death confirmed as epilepsy

The family of actor Cameron Boyce has confirmed the condition that caused the 20-year-old Disney star's death was epilepsy.

"Cameron's tragic passing was due to a seizure as a result of an ongoing medical condition, and that condition was epilepsy," a family spokesperson told ABC News.

Nearly 3.5 million people in the U.S. have epilepsy, a neurological disorder which causes seizures. About 1,000 people die every year of SUDEP -- Sudden Unexpected Death in Epilepsy -- which is the leading cause of death related to the disorder.

The Los Angeles County Coroner completed the autopsy earlier this week but did not release the cause of death pending further investigation. The family had previously said that Boyce had died in his sleep of a seizure caused by a medical condition. They said he was being treated for the condition but did not specify at the time what it was.

The actor was best known for his roles on the Disney Channel show "Jessie" and movie franchise "The Descendants."

Boyce was found unresponsive in his Los Angeles home on Saturday. He had recently moved in with two fellow Disney Channel actors: Karan Brar, who was in "Jessie" with him, and Sophie Reynolds, who was in "Gamer's Guide to Pretty Much Everything" with him.

On Tuesday his roommates remembered Boyce on Twitter. Brar wrote, "you were the greatest thing to have ever happened to me" and Reynolds called him "my family. my person. my heart."

you were the greatest thing to have ever happened to me. i love you so much cam. wish i had more to say right now but i don’t think words will come for a while.

thank you to everyone who sent such kind words my way. know i haven’t been responding but it truly means a lot. pic.twitter.com/ojmT8U63F0

my family. my person. my heart.
maybe someday I’ll be able to put everything cam was into words, but right now it just hurts a little too much.
Please, hug everyone you love.
I wish I could. pic.twitter.com/KIhSWsqvnM

Fellow Disney star Sabrina Carpenter also remembered Boyce on Tuesday, saying she was struggling to find the right words to pay tribute to Boyce but "all i know is i am so beyond lucky to have known you."

Earlier in the week, Boyce's grandmother said she hoped her grandson would be remembered for his loving nature in addition to his talent.