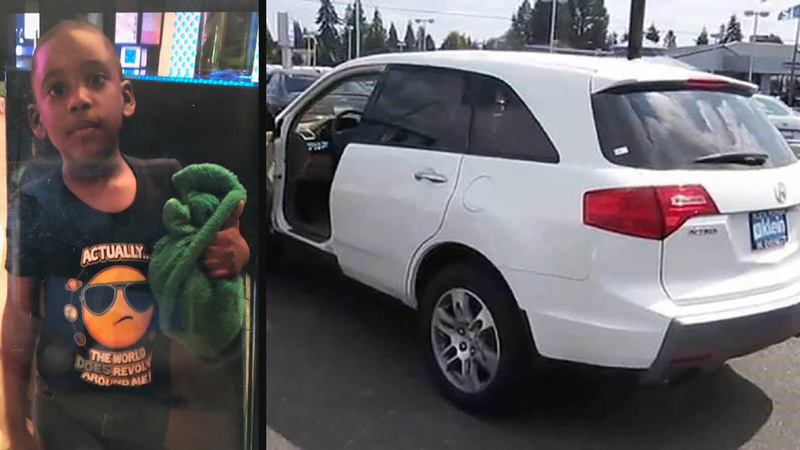 CANARSIE, Brooklyn -- A 6-year-old boy has been found safe and a car located after a thief hopped into the running vehicle and sped away in Brooklyn Monday.

The suspect, however, is not in custody.

It happened just after 1 p.m. on Avenue L in Canarsie, where police say a white Acura MDX was reported stolen outside a plumbing supply store.

"A guy just left his nephew in the car," a witness said. "And somebody just drove the car away."

Authorities say his uncle went into a store to get something and left the car running.

"Folks come and they stop and go in and get their stuff and come out, but to leave a kid in the car is no good," area resident Phillon Morgan said. "And to steal a car with a kid in the car, wow."

The child was identified as Ronald Mowatt, and after an intense two-hour search, police say he was found in the car at Linden Boulevard and Georgia Avenue in East New York.

"I appreciate everybody in the NYPD for their assistance and getting him back, and I'm glad, I just want to get to my nephew," the uncle said.

The boy appeared to be unharmed, but he was taken to a hospital to be evaluated.