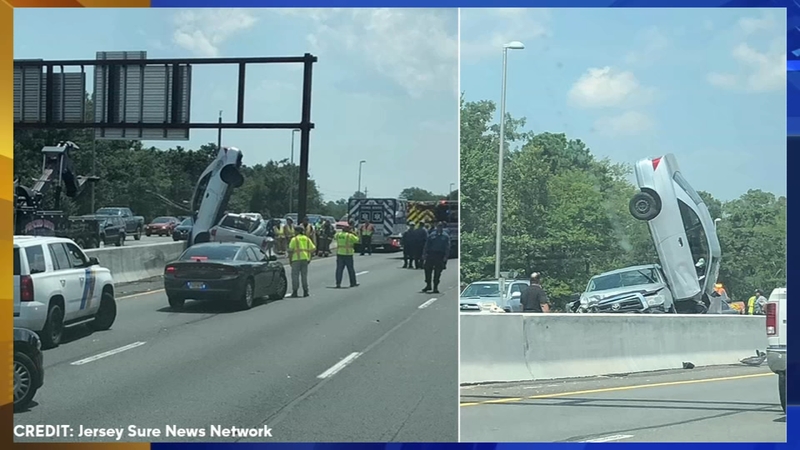 The crash happened around 12:30 p.m. Monday between exits 82 and 81 in the southbound lanes of the Parkway.

At least two vehicles were involved, one of which ended up overturned, resting on its front end.