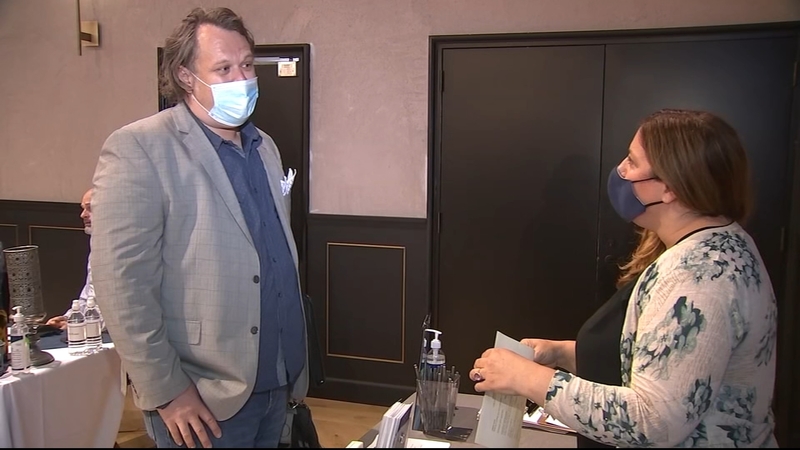 PHILADELPHIA (WPVI) -- Dozens of restaurants across Philadelphia are facing a staffing shortage that's forcing managers to cut back on business hours.

Several joined together Monday for a job fair at Fitler Club where some applicants were hired on the spot.

"I have already six interviews this week in addition to the entire job fair," said Jonas Navaisas, who has 30 years of experience as a server. He says this is the first time he's ever had his pick of what job he wants to take.

SIGNING BONUSES: New hires are being offered everything from hundreds of dollars in bonuses, classes to further their education and more are employers look for badly-needed help.

"I can't open six days right now and I want to. I don't have enough staff to open a sixth day," said Marc Grika, who owns Flannel. He says he's getting a fraction of the applicants he got before the pandemic.

That problem is mimicked in restaurants across Philadelphia. In February 2020, there were 74,500 restaurant workers in the city. Last month, there were 45,100.

One survey from Philadelphia-based recruiter Mis En Place showed that 26% of line cooks nationwide found a new career during the pandemic.

"They want benefits, they want a 401k, they want PTO," said Tonya Breslow, who founded the firm.

She says the other problem for the industry is that unemployment pays more.