Chaos at South Philly carnival after fight breaks out 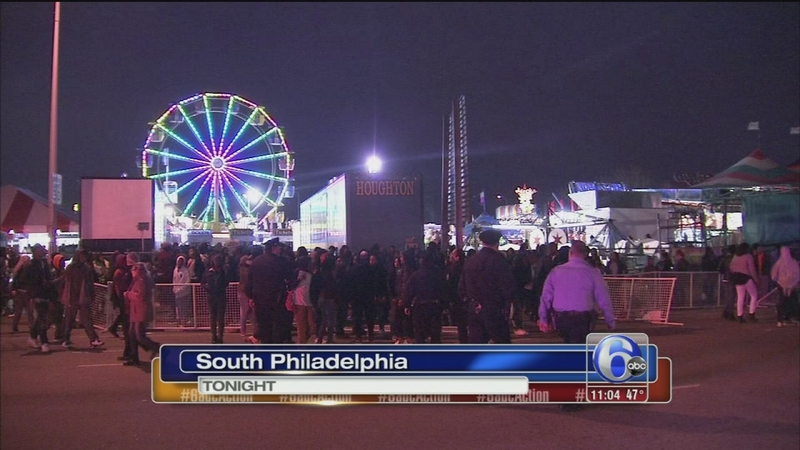 VIDEO: Chaos at South Philly carnival after fight breaks out

SOUTH PHILADELPHIA (WPVI) -- A carnival was shut down and five people were cited for disorderly conduct after a large fight broke out, causing chaos in South Philadelphia.

It happened around 7:30 p.m. Sunday along 7th Street near Packer Avenue.

Police say the fight took place inside the carnival ground, which caused people to run through the carnival.

Someone in the crowd said shots were fired, causing everyone to rush out, police say.

Police had to control the crowd, mostly made up of teenagers, as they made their way out onto Packer Avenue.

The carnival shut down early due to the incident.

Police said no shots were ever fired. It was just a rumor.