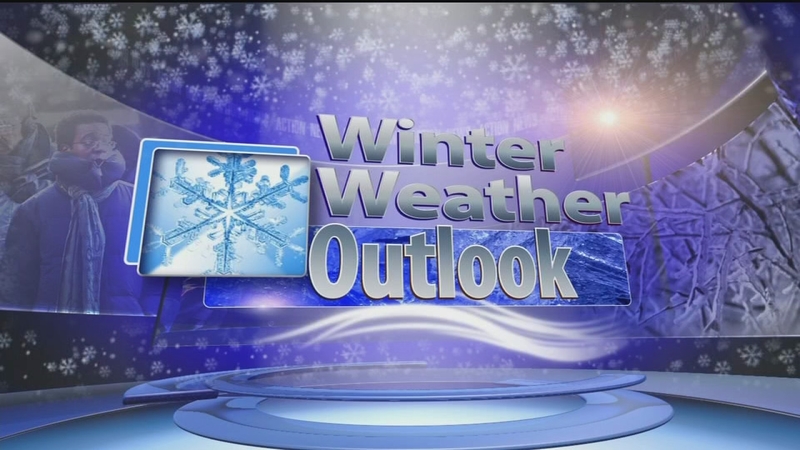 The latter is our second-highest seasonal snowfall in the city, only trailing the 78.7 inches from a few years earlier in 2009-2010.

During February, half the month saw temps never climbing above freezing. This included eight straight days that never broke 32 degrees leading to the back bays, Delaware River and Delaware Bay freezing for the first time in years.

A morning low of just 2 degrees on Feb. 20 was the coldest temperature recorded in Philadelphia in more than 20 years. The cold lingered well into March, which was also our snowiest month with 12 inches. Temps in March ended up around 4.5 degrees below normal.

Total snowfall was 27 inches, slightly above average. We dealt with many small events that gave us wintry precipitation every three to four days during the height of winter. This included an ice storm and a deadly morning of freezing rain.

So, will this winter be as harsh?

You've probably heard by now, we are in the midst of a very strong, near-record El Nino.

Typically, east to west trade winds cause upwelling in the eastern Pacific, bringing cooler water to the surface. This allows ocean water to warm in the western Pacific. But, during El Nino, the trade winds ease and reverse allowing warm water to move east toward the coast of South America. This influences weather patterns around the world and most noticeably during the winter months. 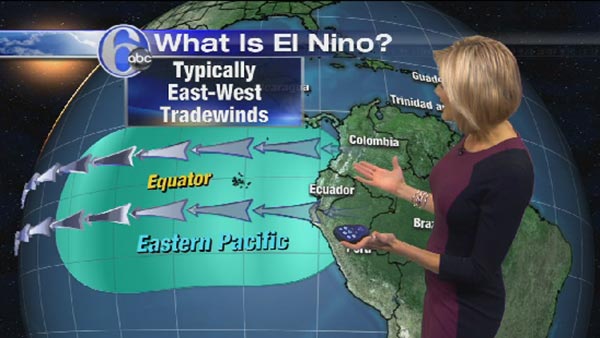 PHOTOS: Winter Weather Outlook 2015
Even if we do see a decent amount of snow this winter, it doesn't look like we will have to deal with all of the nickel-and-dime type of events we had for a large part of the winter last year, but would get it from a big storm or two.

El Nino can clearly be seen on the latest sea surface temperature anomalies. Water temps in the equatorial Pacific are running as high as 2.8 degrees C (5 degrees F) above normal. The latest forecast calls for a peak in this warming during December and then weakening as we head into spring. Note that the warmth extends from the central to eastern Pacific. The strength of the current El Nino will place it in the top three strongest since reliable records began in 1950. The other two seasons with very strong El Nino conditions are 1982-1983 and 1997-1998.

Another factor I am watching is what's known as the Pacific Decadal Oscillation, it's in a warm phase, bringing warm water in a horseshoe shape from Alaska down along the West Coast. When you have El Nino and the PDO in its warm phase this can magnify the effects of El Nino.

What this means for the U.S.: the winter will be dominated by a split-flow pattern. This does two things: it pushes the polar jet stream north, allowing mild Pacific air to invade the U.S. and locks up cold air to our north for much of the winter.

Meantime, this intensifies the moisture supply along the southern jet, increasing the potential storminess across the south right into the mid-Atlantic. With mild air, this will favor a lot of rain, not snow... at least early in the season. But there are signs that late in the winter we will get shots of arctic air. If the cold air arrives from the north at the same time as moisture from the south, the jet streams phase come together, this creates blocking and can produce a really big snowstorm. It's all about timing this winter.

When forecasting the future it always helps to look at the past. If you look at the five strongest El Nino winters since 1950, it shows an extremely wide range: as little as no snow at all in 1972-1973 to as much as 41.8 inches in 1957-1958. One of the strongest El Nino winters on record, 1982-1983, started extremely mild with temperatures in December running 4 degrees above normal, but one cold shot that month lead to over six inches of snow.

January remained slightly above normal and then the winter turned colder in February with temps running near 2 degrees below normal. The cold that February came at the same time as a juicy, southern branch storm and we had one big blockbuster storm bringing more than 21 inches of snow. This still ranks as one of our top five snowstorms in Philadelphia and accounted for 60 percent of that entire season's snowfall. Just goes to show you that all it takes is one big storm to produce a snowy winter.

One factor to consider is how deep the supply of cold air will be this winter and where it will go. Research has shown a strong indication of this is the amount of snow that falls over Siberia during the month of October. This year the snowpack growth from Oct. 1 to the 31 is above average, not to the extent of last year, but still an indication that there will be plenty of cold air available to the north. Typically this leads to a negative Arctic Oscillation meaning the cold air is more likely to be migrating toward the middle latitudes than stuck up near the North Pole. I think we will tap into some of this during the second half of the winter.

As far as snowfall, we can expect a near normal winter with 20-24 inches, but this is a low confidence forecast and we are explaining the variability that we could see using a seesaw.
If the El Nino pattern holds strong and mild pacific air continuously streams across the U.S., we could get as little as 12 inches. But, if we get some late season blocking and can tap into the arctic air that will be to our north that can create a very snowy end to winter, with up to 32 inches of snow.

Even if we do see a decent amount of snow this winter, it doesn't look like we will have to deal with all of the nickel-and-dime type of events we had for a large part of the winter last year, but would get it from a big storm or two.