Police said they initially found a 26-year-old man unresponsive on the sidewalk along the 1300 block of Walnut Street.
WPVI
By Corey Davis 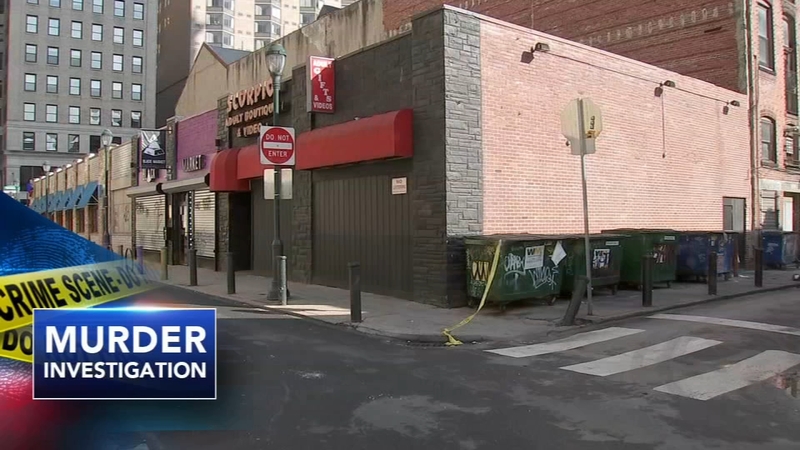 PHILADELPHIA (WPVI) -- Philadelphia police said they are looking for a metallic blue pickup truck possibly involved in the fatal shooting of a man in Center City.

Police said they found Kashian Lewis, 26, unresponsive on the sidewalk along the 1300 block of Walnut Street.

Medics and police worked to save him at the scene. However, Lewis was pronounced dead a short time later at the hospital.

Investigators later determined that the shooting happened around the corner from where they found Lewis.

They said they located 21 spent shell casings and a gun at Juniper and Chancellor streets.

Officers were able to get more clues about the shooters by viewing surveillance video in the area.

"You can clearly see a metallic blue pickup truck leaving the scene southbound on Juniper Street toward Locust. We do have several witnesses who believe the occupants in that pickup truck were involved in the shooting," said Philadelphia Police Chief Inspector Scott Small.

Police also said the Lewis had a large amount of cash in his pockets.