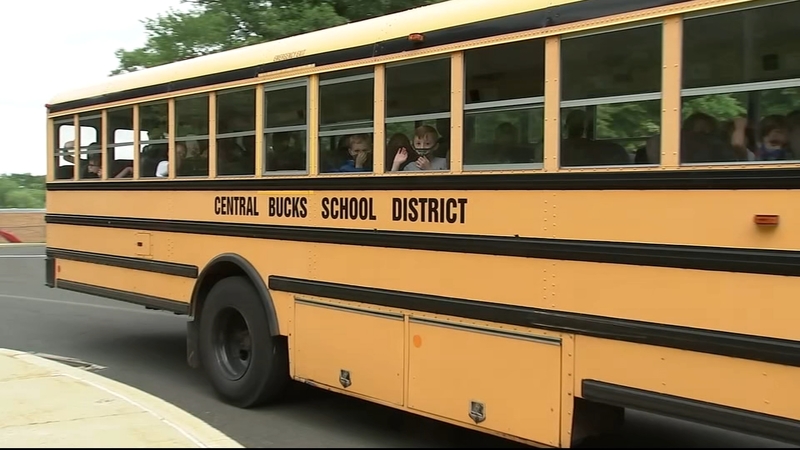 DOYLESTOWN, Pennsylvania (WPVI) -- Students in the Central Bucks School District will no longer need to wear masks starting on Monday.

Tensions ran high during a special meeting Wednesday night that lasted nearly four hours, as parents made their cases both for and against continuing the district-wide mask mandate.

Even though there are only seven days left in the school year, the mask mandate attestation signed by the district earlier this year had expired.

Parents debated whether or not to continue it for the final week of classes.

"I feel like masking children is wrong, I feel like it makes them not be able to breathe; these kids can't see each other's faces," parent Jamie Walker told WFMZ-TV.

Walker had three kids in the district, but transferred them to a private school because of the mask mandate.

Bridgette Thompson, however, was one of the parents on the other side of the debate.

"The studies have shown that the masks have worked and it's really kept not only COVID low in the school, but the flu was almost nonexistent this year," Thompson said.

Both were also on differing sides on whether the school board should be making the decision.

"It should be up to a parent, not a school board," Walker said.

"Individual schools can make decisions but when you're making decisions for such a large group, it really becomes incumbent upon the people in charge to make sure that every child is safe," Thompson said.

The school board voted to make the mask mandate optional starting on June 7. Some parents applauded and cheered when the decision was announced.

On Thursday, the subject was still being discussed among parents during pickup outside Simon Butler Elementary School.

"I agree with it. I think it should be optional. I don't think the kids should have to be forced to wear the masks," said Jason Supon of New Britain.