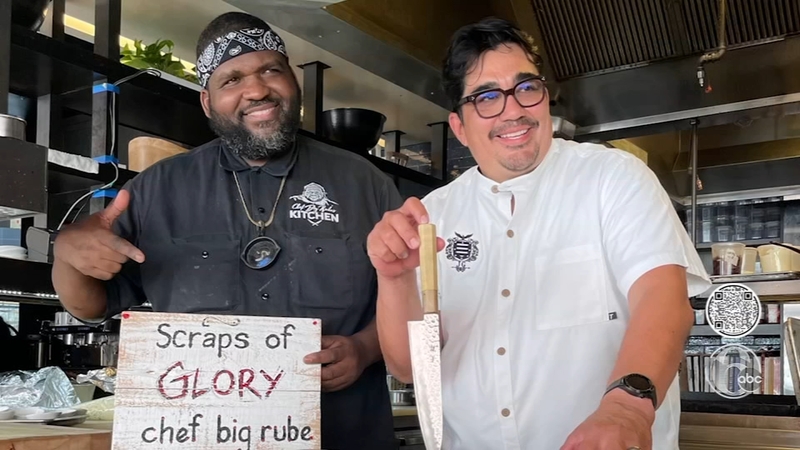 PHILADELPHIA (WPVI) -- At Pitchers Pub in Manayunk, you can grab a beer, watch the game and get some grub from Reuben, aka Chef Big Rube, Harley.

It is, he says, a dive bar with elevated flavors.

His fried chicken is double dredged and buttermilk free.

Order the chicken bites and they're tossed in the homemade pepper relish he calls "Baby Mama sauce" and served on a bed of fries.

Come for the food and you'll maybe hear some of Big Rube's stories.

His brother is a Juilliard-trained choreographer who counts Beyoncé's Halo video among his credits.

His mother was a seamstress for Muhammad Ali's wife, and Big Rube himself wears many hats- photographer, fashion guru, writer, baker and cookie maker. He has a line of cookies called Big Rube's Infamous Chocolate Chip Cookies.

He partnered with Baseballbbq.com to sell his Big Rube's Diamond Dirt Rub.

He works with Carangi Baking Company in South Philadelphia. He uses their rolls, and they use his Baby Mama sauce on their Strombolis and pizzas.

And two decades ago he teamed up with Mitchell & Ness to make old school jerseys.

He learned to sew from his mom; his grandmother taught him how to cook and he says he's made lasagna for Jon Bon Jovi and cooked breakfast for Diddy.

He wears a cast iron pan with a portrait of a Black chef hanging around his neck, a conversation piece that symbolizes culture.

And it is the culture that is the connection between all of his passions.

The original cuisine of America, he says, is Black folk cooking.

And if you love his food, Big Rube says, you'll love him.

And then there's nothing you can't talk about. 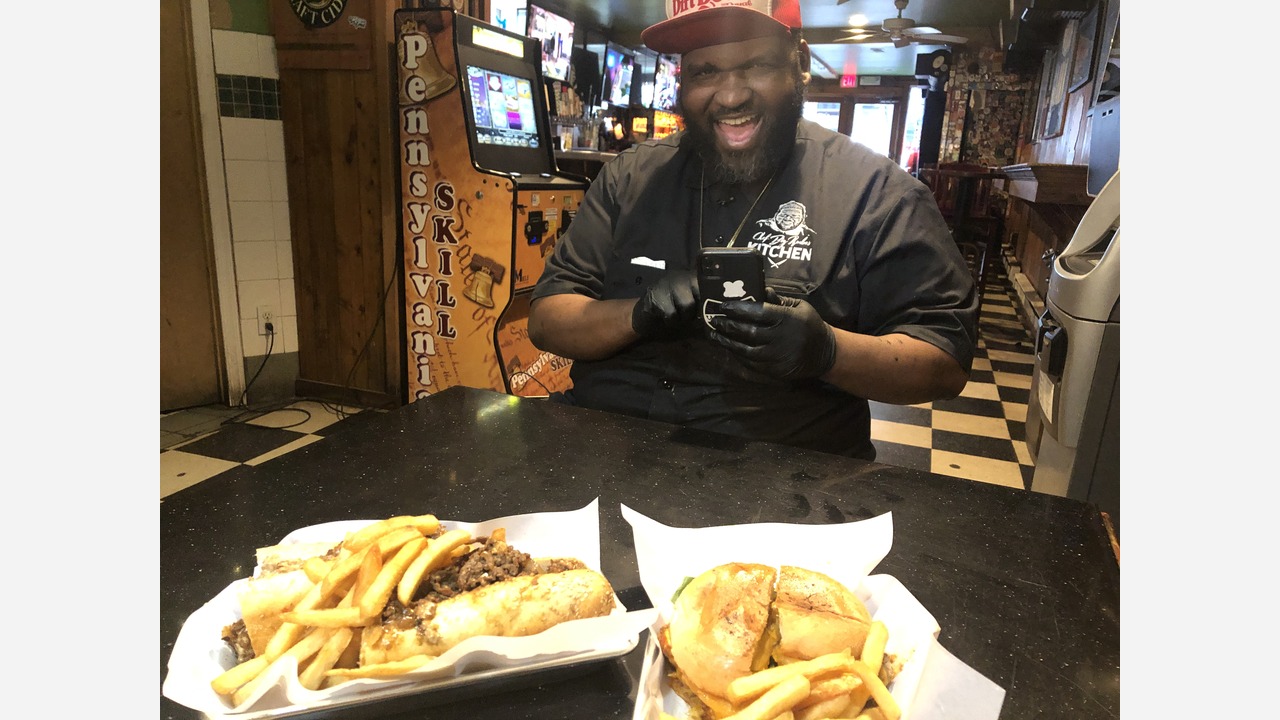