Identity released of man killed by tree in Radnor Township 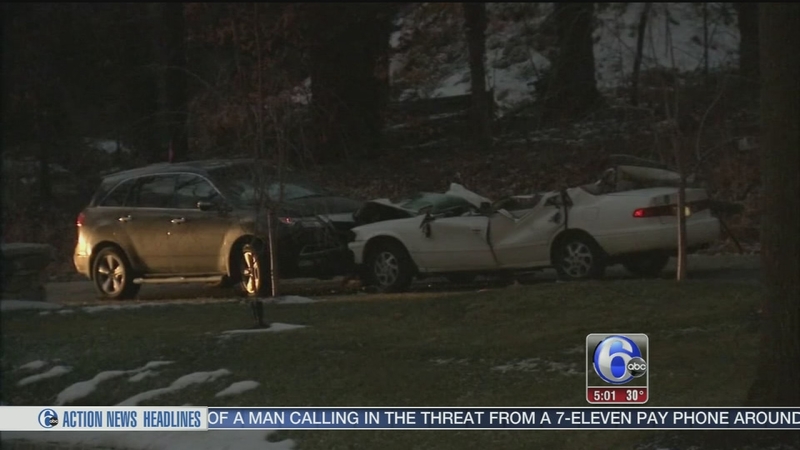 EAST GOSHEN TWP., Pa. (WPVI) -- A man is dead after a tree fell on his car and he crashed into another vehicle in Radnor Township, Delaware County.

Police say Narces Mothersil of Upper Darby was driving on Sproul Road near Sunnyhill Lane when a large tree came down on top of his car.

The car then moved into the opposite lanes of traffic and hit another vehicle head-on.

David Reiser of Villanova tells us, "The car that was in the street was absolutely flat. You would have thought it was a convertible, but of course it wasn't."

Reiser was home with his three children when the tree crushed his shed.

He looked out and saw Mothersil's Toyota Camry smashed and on fire.

"I actually grabbed a small extinguisher. I don't know what I thought I was going to do with it. But I came outside, and by the time I made it outside, the police and fire were on the scene and doing their thing," Reiser explained.

Firefighter had to use the Jaws of Life to cut Mothersil out of his car.

He died at the hospital. The person in the other vehicle was uninjured.