"I just wanted her to be alive, and I know no one goes over and checks on her," said Denise Sharrer.
WPVI
By Beccah Hendrickson 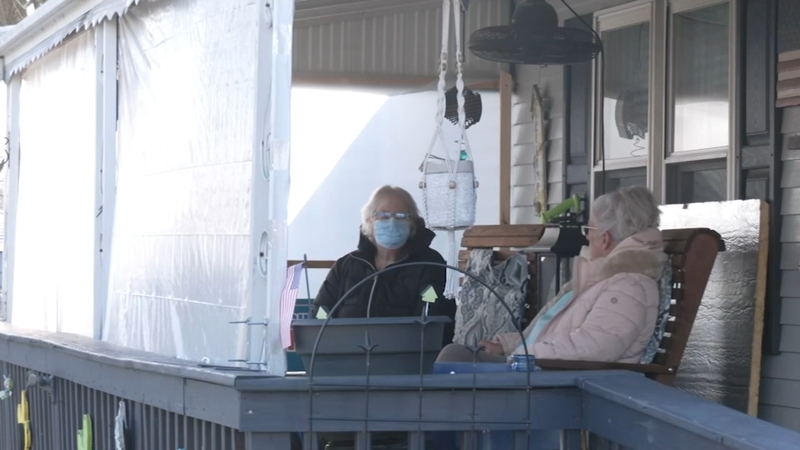 Woman stuck in bathroom for days gets saved by concerned neighbor

WEST CALN TOWNSHIP, Pennsylvania (WPVI) -- Police in Chester County, Pennsylvania are crediting a neighbor with saving a woman's life after a 911 call led officers to the woman in dire need of medical attention.

"I just felt something was wrong," said Denise Sharrer.

Last Thursday, she says she came to a realization about her neighbor.

"I noticed that for over a week I didn't see her coming out or getting in her car, taking trash out or anything like that," she said.

"I just wanted her to be alive, and I know no one goes over and checks on her," she said.

Officers kicked down the door.

Police learned the woman had fallen in her tub and had been stuck with serious injuries for about four days. Police say she's still recovering in the hospital.

"No one can hear you, that's pretty traumatizing," said Chief Martinez.

The police chief says he hopes there are some lessons the community takes away from this. For example: if you live alone, keep a cellphone charged and near you at all times, get to know your neighbors, and, most importantly, if you see something strange call 911 immediately -- it could save a life.

"That officer was so quick to get that door open and run and take care of her and call for backup. They're the heroes in this, not me," said Sharrer.

Still, police say Sharrer's call of concern made all the difference.