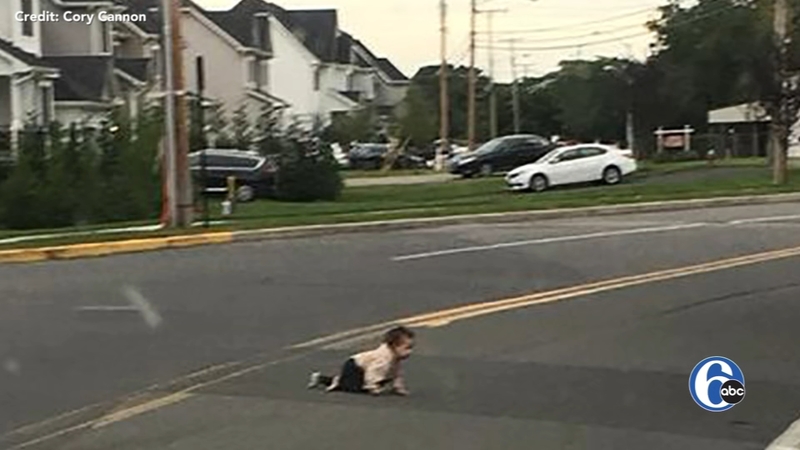 The child was unharmed after a neighbor and a passing motorist came to his aid just before 6 p.m. on Joe Parker Road in Lakewood.

The motorist, 41-year-old Cory Cannon, of Eatontown, told police he saw the child and initially thought it was a toy. But when he saw the child moving, he got out of his car to stop traffic.

Driver stops traffic after spotting baby in road. Watch the report from Action News at 4:30 p.m. on September 24, 2018.

Cannon was then approached by a nearby resident, who took the little boy and returned him to his family.

Cannon, a father himself, took pictures to give to police as evidence.

Authorities say further investigation revealed that the infant may have left the home through a door that was left unsecured by an older sibling.

The family of the child was unaware that he had left until the neighbor returned him.

The investigation is active and ongoing, with the assistance of the New Jersey Division of Child Protection and Permanency.