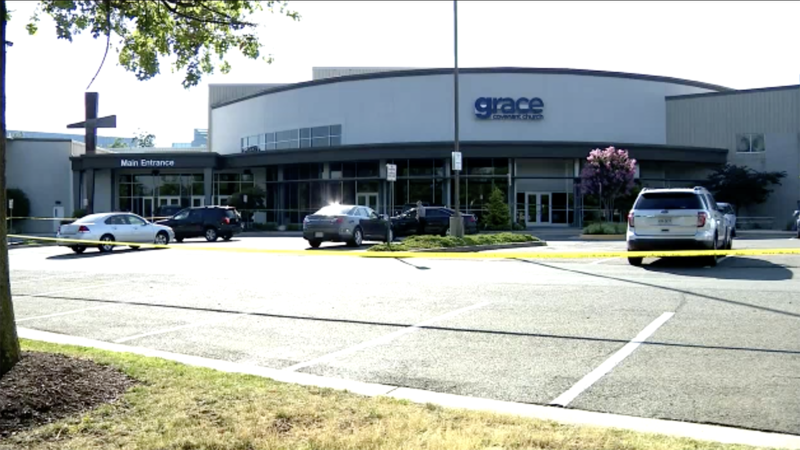 The police chief of Virginia's biggest county was injured when subduing a suspect who stabbed two people, including a pastor, at a church.

The peaceful Saturday Bible study at Grace Covenant Church in Chantilly turned violent when a man walked in and stabbed the pastor leading the class, WJLA reported.

Two parishioners came to his defense, including Fairfax County Police Chief Ed Roussler, who was at the church at the time.

According to WJLA, Roessler is a 31-year law enforcement veteran who has been in a leadership position with Fairfax County Police since 2010 and also worked at the most recent presidential inauguration in 2017.

The two men injured were treated for non-life-threatening injuries. The suspect, 32-year-old Chance Harrison, was charged with two counts of aggravated malicious wounding, one count of felony assault on a police officer, and one count of misdemeanor assault, WJLA reported.

"He did his part in the moment but sometimes we can't prevent injury," she said. "I know people were injured but it could have been worse I believe ... it could've been a lot worse."

Brett Fuller, a senior pastor at the church and chaplain to Washington, D.C.'s NFL franchise, released a statement following the stabbing.

"Today, in a routine church educational setting, one of our pastors was assaulted by an attendee," Fuller said. "Two church members came to the pastor's aid and valiantly risked their own lives to defend him. In the process, one of our members was injured. The pastor and one of the members are being treated at Reston Hospital for non life-threatening injuries. The other member involved sustained injuries that did not require medical attention. The assailant was taken into captivity at the scene."
Report a correction or typo
Related topics:
virginiachurchu.s. & worldstabbing
Copyright © 2022 WPVI-TV. All Rights Reserved.
TOP STORIES
AccuWeather: Blizzard and Winter Storm Warnings Issued
Philly prepares for winter snow storm
Many brace for winter storm impacts along the Jersey Shore
Coastal communities under Blizzard Warning starting Friday night
Police: 2 women in custody after landlord shot, killed in West Philly
NJ declares state of emergency ahead of nor'easter
Snow Emergency begins at 7 p.m. for Philadelphia
Show More
LIST: Local snow emergencies, closures due to nor'easter
Crews provide free snow removal for elderly, disabled
NJ officials, residents prepare ahead of winter snow storm
10 injured in PA bridge collapse; human chain formed to help
Moderna launches trial for HIV vaccine that uses mRNA technology
More TOP STORIES News