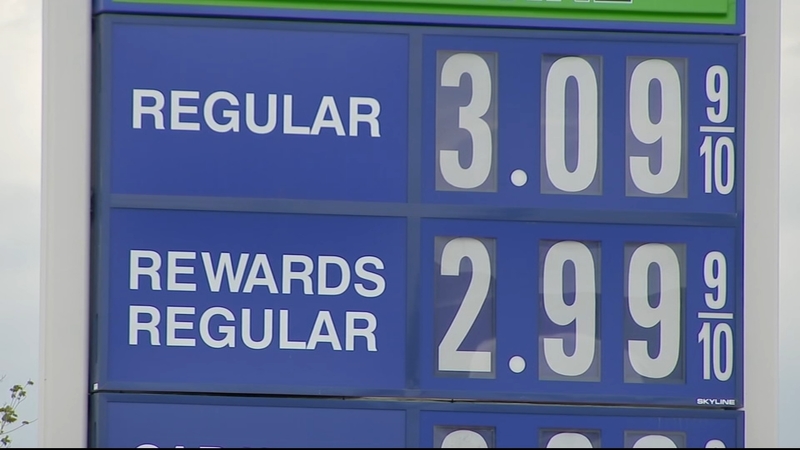 PHILADELPHIA (WPVI) -- As gas prices go up along the East Coast because of the Colonial Pipeline hack, some experts are touting a future in electric cars as a solution.

Prices at the pump are up at least 10 cents in Philadelphia, making some drivers question the cost.

"I try not to let my gas tank go less than a half, and so that way I don't run low, but these gas prices, I'll be catching the bus," said Hester Eurie from Frankford.

When asked to consider an alternative like buying an electric car, Eurie said, "What if I'm in the middle of the highway and my car runs out of electricity, then what?"

Frank Karnes from Frankford said, "I think if they break down or something like that, what if you don't have no electricity? Still need gas."

A lot of drivers had similar concerns.

Ivan Chervonyak is one of the few mechanics in Philadelphia who works on electric cars.

"I recently had a guy who comes here from Harrisburg, literally just to fix his car," said Chervyonyak, who owns IC Auto, Inc.

David Masur, the Executive Director of Penn Environment, said, "We created cars like this over 100 years ago, and we're still using the technology today. We'd never say let's use technology from our banking from 100 years ago today."

Masur adds part of the problem is the lack of infrastructure.

Cities like Philadelphia needs more electric pumps before people will feel comfortable buying electric vehicles. For the time being, as some gas stations are running out of fuel because of the Colonial Pipeline hack, Masur is envisioning a different future.

"Today, we could put solar panels on our roofs, have home-grown energy that's cleaner that we are making and paying ourselves to create and can just charge our own cars in front of our houses," he said.

Electric vehicles make up only about 2% of the new car market, but General Motors says it will be all-electric by 2035, and other manufacturers are following suit.