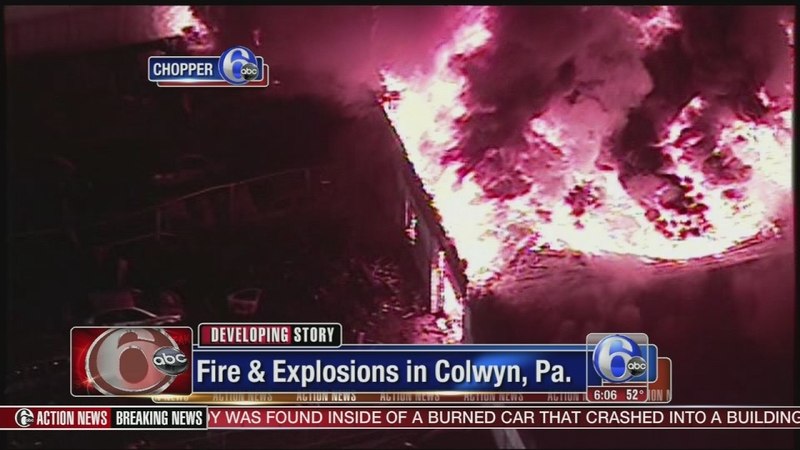 COLWYN, Pa. (WPVI) -- Firefighters and hazardous materials crews remain on the scene of a massive fire that sent clouds of fire and smoke high into the sky late Tuesday and destroyed a business in Colwyn, Delaware County.

The fire erupted at 11 p.m. Tuesday at a business in the 500 block of Ellis Avenue.

More than 100 firefighters converged on the scene to battle the inferno, some saying they could feel the ground shaking from the blasts as they arrived.

Video from Chopper 6 HD showed several mushroom-shaped clouds of fire and smoke billowing from the building at the height of the blaze.
EMBED More News Videos

Action News is told at least 15 cars burned outside the business before the flames spread to the main building.

A second alarm was struck before firefighters finally got the upper hand well after midnight. No injuries were reported.

Hazardous materials crews were on scene Wednesday morning because of the large number of chemicals said to be inside the building.

Authorities say the chemicals pose no threat to the public.