Come From Away: Tony Award-winning musical and true story comes to the Academy of Music 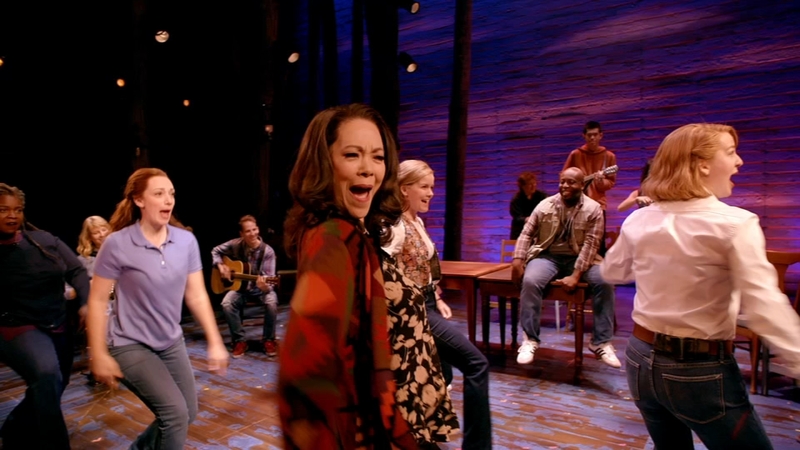 Come From Away" comes to the Academy of Music

PHILADELPHIA (WPVI) -- Opening October 22 at the Academy of Music, Come From Away, the award-winning musical tells the story of the 38 flights forced to land in a small town in Newfoundland, Canada on 9/11.

It also tells the true story of one female pilot's place in aviation history.

"It was a little over 6,700 passengers and crew that landed in a 3-hour time frame in a community of 9,400 people," explains Beverley Bass. "So we nearly doubled the population of Gander. Oh, and we stayed for 5 days."

This is also Bass' story. She was the pilot of one of those planes that landed in Gander on that tragic day in American history.

"When we even mention to people that the show is about 9/11, they are a little bit guarded," Bass says. "But we always refer to the show as a 9/12 story because it's not about the tragedy as much as it is about the generosity and kindness of the people of Gander."

It's also the once little-known story of Bass, who became the third female pilot ever hired by American Airlines in 1976 and the first female captain in the airline's history.

She's now watching it all unfold on stage.

"It was a bit daunting, I must say," Bass says. "It's so unusual to watch an actress play your role on stage, but what's so magnificent about the show is it's a true story about real people and real events."

It's a story about the unselfish kindness of strangers.

"They expected nothing in return and they just said we want to thank you on your way out," Bass recalls of the people of Gander. "They didn't want money, they didn't want anything."

For nearly two decades, Bass has fondly told the story of Gander. Now, everyone can hear it.

"For the first time ever, something about that tragedy makes me feel good and that's what the show does," Bass says.

Beverley says in Gander she learned how kindness really is free and she's made it her mission to do something nice and unexpected when no one is looking.