PHILADELPHIA, Pennsylvania (WPVI) -- A local pediatrician is proving that child care does not simply begin in the hospital. In fact, it can start on the basketball court.

"I just noticed driving to work every day from Mount Airy to St. Christopher's Hospital for Children in North Philadelphia that many of the courts that I pass had no nets on the rims, and there was no kids out there playing," said Dr. Daniel Taylor.

Earlier this year, Taylor asked his family and co-workers to change that.

"For me, it's a basketball issue, it's a health issue, a little bit of an equity issue in more underserved neighborhoods," he noted. He says the solution is "as easy as throwing up a net. "

The team is shooting for hundreds of brand-new nets to install at 180 basketball courts in Philadelphia. After tallying up the math, they say this will cost between $8,000 and $10,000. The community has already donated enough to cover more than half of that total.

"We have, really, a little army of people putting up nets. We have a bunch of residents from St. Christopher's Hospital for Children," Taylor added. "So, we can get out there within a few days. Costs the community absolutely nothing."

Taylor's 16-year-old son, Will, was grateful for the opportunity to replace and test out those nets today.

"I'm glad we played a game. I haven't played a game like that in a while," he said. "It felt normal, which is what everything hasn't felt in so long."

Playing alongside him was Jordan Chu, a pediatric resident physician at St. Christopher's. He says that playing with a new net offers a sense of dignity to the community.

"There's just something about the sound of the swish and the basketball going through the net," he "This definitely changes their confidence on the court, and hopefully it translates off the court."

To learn more about Need a Net Philly and how you can donate, find them on Facebook, Instagram, and Venmo by searching "NeedaNetPhilly."

Picking up trash may not seem like a superpower, but volunteers at Wissahickon Valley Park may just be the heroes we need. 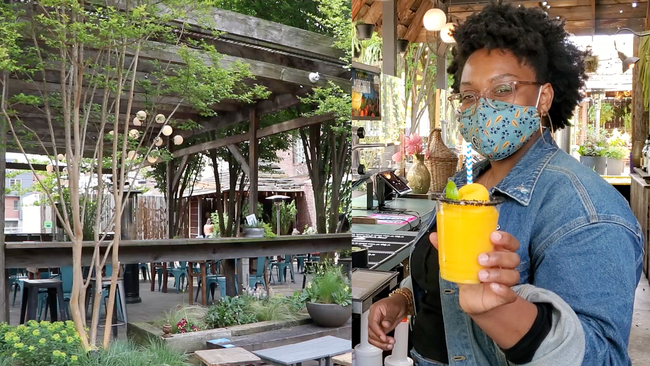