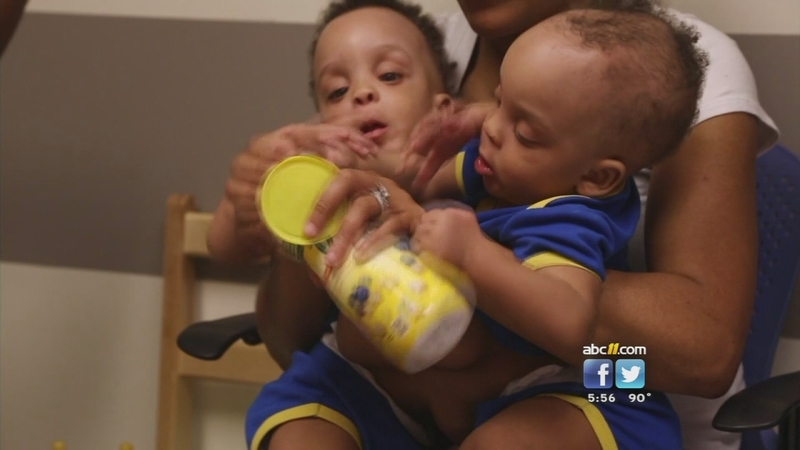 DURHAM -- Doctors at Duke Hospital have separated conjoined twins. It's the first time such surgery has been done in North Carolina in 15 years.

Eight-month-old twins Josiah and Aryan Covington were released from the hospital Friday afternoon. The boys were conjoined from the bottom of their breast bone to their belly button.

The rare and risky surgery was done last week. Doctors planned for months for the operations and held dress rehearsals. The operation required the help of two anesthesiologists, several surgeons, a plethora of nurses, and other medical professionals.

Skin, tissue, and one liver had to be separated. After nine hours in the operating room, the 8-months-olds were freed from one another.

"A big team that had to do something that they don't often do together. So with lots of practice, it actually came off really, really well," said Chief of Pediatric General surgery Dr. Henry Rice. "This happens once every 10-20 years in the state of North Carolina. So this is the first case that we've had the honor to help with at Duke."

Rice is pleased with how well the boys are doing. They were released from the hospital a lot sooner than expected.

Covington is thankful to the staff and also the decision she made when she was just 18-weeks pregnant.

The family is back home resting in Dunn and a small get-together was held to celebrate the successful surgery. The family is planning a beach trip next weekend.