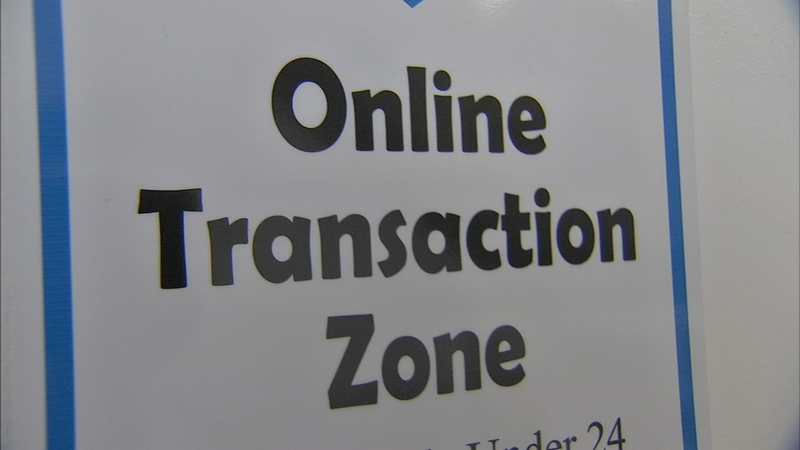 Deals made on online sites like Craigslist and Facebook Marketplace eventually require a face-to-face meeting with a stranger to finalize the deal.

What better place than a police station parking lot or lobby that has multiple cameras, and officers nearby at every hour of the day to complete those transactions.

With eyes surveying the lobby at every angle, the Upper Darby Police Department lobby is a designated online transaction zone.

"We don't participate in any shape or form in any type of dealing," said Upper Darby Police Supt. Michael Chitwood. "All we do is offer people space."

A safe space, seven days a week, for the public to avoid crimes that stem from meetings between buyers and sellers who connect online.

Trenton Police say the 20-year-old was discovered with his hands bound behind his back, tape around his face and multiple gunshots to the torso and head.

Two weeks before his murder, investigators said he found an online ad from someone believed to be his killer, trying to sell the used PS4.

Online sites like Facebook Marketplace, Letgo and OfferUp have become go-to tools for buyers and sellers haggling for the best deal.

But the bottom line is in most cases, neither the buyer nor seller knows who they're meeting.

Sites like Craigslist have started offering tips to those on both sides of the deal-- including not to meet at your home, or a secluded place and to have someone with you.

"You're putting yourself in harm's way when you're out there dealing with people on the internet," said Chitwood. "You don't know who you're dealing with, and in a lot of cases the dirtballs that are out there are looking to rob, steal and pillage."

It's not just Upper Darby, but Philadelphia police and Lower Merion are two additional municipalities that encourage people to come to their stations and use these marketplace exchanges.

Officials say the issue is, more often than not, people simply don't take advantage of it.