Victim says he was shot during Craigslist transaction in Overbrook 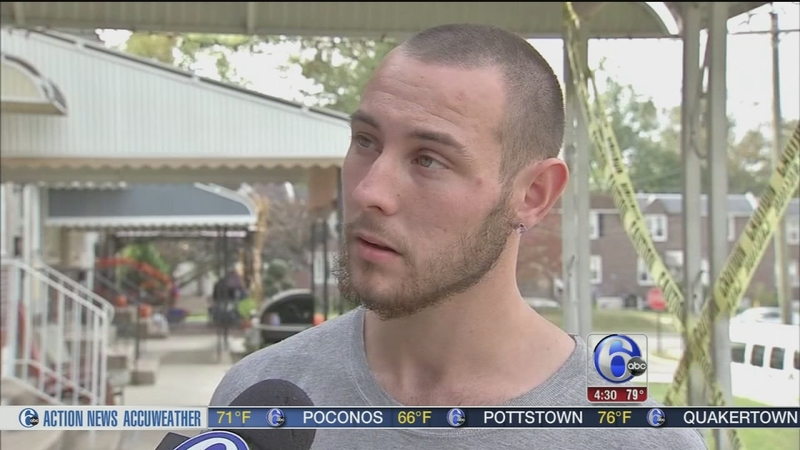 VIDEO: Victim says he was shot during Craigslist transaction

OVERBROOK (WPVI) -- Police are investigating a shooting that occurred during a Craigslist transaction in the Overbrook section of Philadelphia.

22-year-old Shane Lyle say he has a new perspective on life.

"I feel really lucky. I am happy to be alive," Lyle told Action News.

On Wednesday night, he came face to face with death in a Rite Aid parking lot along Lebanon Avenue and North 63rd Street in the city's Overbrook section.

He met up with another man from Craigslist who claimed he was selling an iPhone 6S for $320.

But nothing about this sale was legitimate.

The man from Craigslist had no phone and was after Lyle's cash.

Instead of pulling out an iPhone from his pocket, the criminal pulled out a gun.

"He said, 'Give me your money.' And I said, 'No.' He pointed the gun at me and I said, 'What are you doing?' And he didn't say anything after that and I pushed his hand away and he shot my leg," Lyle said.

Despite the fact that it was around 11 p.m., Lyle says he thought it was safe.

It was along a busy road, in a store parking lot, with lights and cameras and a friend was waiting in the car for him.

"She thought that he was going to shoot at her car. She heard the gunshots, looked, and said she saw the flames," Lyle said.

The friend with Lyle was not hurt.

Police took Lyle to Lankenau Hospital where he was treated and then released.

As police investigate the case, they're passing out flyers, warning the community about the crime and encouraging them to come forward with any information.

Police say if you're going to buy something online, the safest place to meet up, is at a police station. If you're confronted with an armed criminal, officers say comply with their demands.

"You never want to exchange your life or your safety for money or some type of material belonging that you can always replace. You can't replace your life," Stanford said.