Ten people were injured, one critically, in a chain-reaction crash that snarled traffic for hours Wednesday on Route 1 in Edison.

EDISON, N.J. -- Ten people were injured, one critically, in a chain-reaction crash that snarled traffic for hours Wednesday on Route 1 in Edison, New Jersey.

Investigators said a tractor-trailer appeared to have run a red light in the southbound lane of Route 1 and struck multiple vehicles as they sat in rush hour traffic before stopping.

One person in a car suffered a serious injury and was taken to a local hospital and is listed in critical but stable condition. Nine others involved in the crash were also taken to the hospital and treated for minor injuries.

Officials had earlier reported one person had died but later said that information was incorrect.

The truck, operated by a company called Racing Transport, plowed through at least eight vehicles before stopping. The driver was transported to the hospital, where he faced questions from Edison police.

A minivan with a a mother and two teenager daughters inside sustained the most damage; first responders used the Jaws of Life to rescue them. The girls sustained minor injuries, but their mother, Victoria Castignetti, remains in critical condition.

"From the information I got from my daughters, my wife said, 'Oh my God,' and that was it. It was all chaos after that," said Victoria's husband Paul Castignetti. "She has bleeding on the brain, a couple of rib fractures. That's really all I know so far."

The accident happened at the height of rush hour on Route 1.

"We were all stopped at the red light, and this tractor-trailer just didn't stop," said 19-year-old Austin Brooks, a passenger in one of the damaged cars. "It was just a domino effect of cars, you know, spinning around, and next thing I know, I get hit really hard from behind, and then we spin out, and next thing I realize I'm facing the median."

The investigation is is continuing. 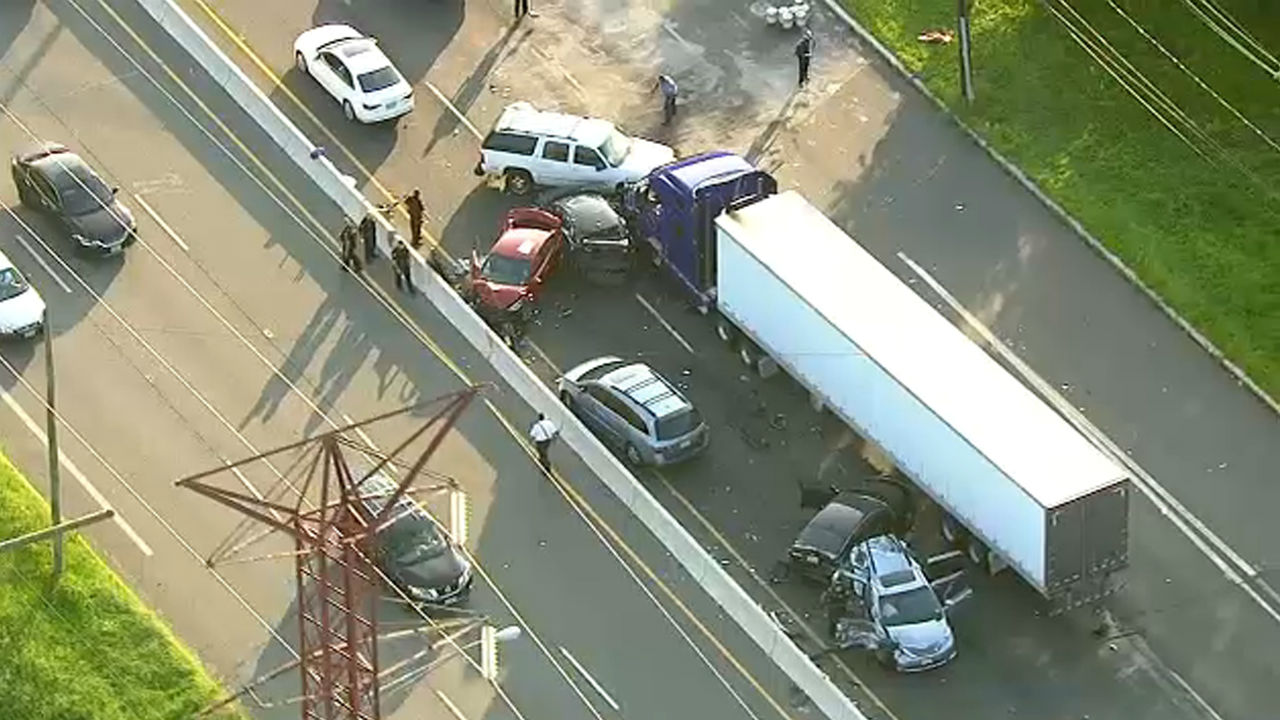 7 injured when tractor-trailer loses control, crashes into 9 cars in Edison