"The adrenaline just kicked in," the first responder said.
WPVI 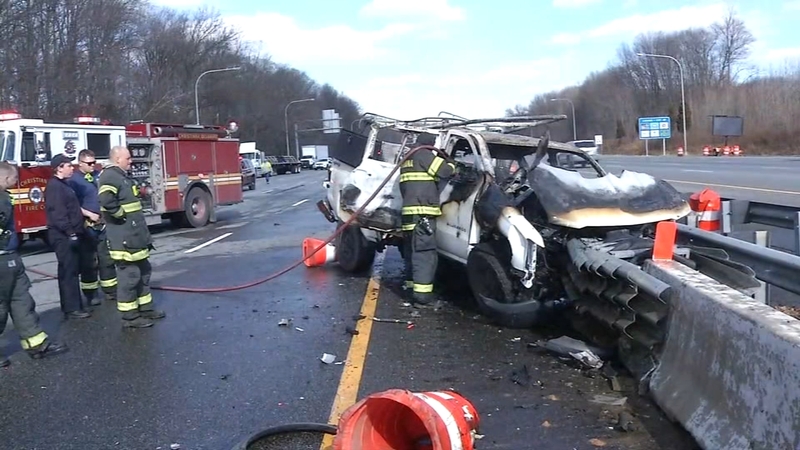 NEW CASTLE COUNTY, Delaware (WPVI) -- A fiery crash left four people hurt on Interstate 95 in New Castle County, Delaware, but the situation might have been worse if it wasn't for an off-duty first responder who jumped into action.

It happened in the southbound lanes just before the Route 273 exit at around 1 p.m. Monday.

The crash involved a utility truck that burst into flames.

Jimmy Ryan, who is a member of the Minquas Fire Company, was driving home from work when he spotted the wreck.

He stopped to help and pulled the victim from the burning truck.

"The adrenaline just kicked in," Ryan said. "I pulled him out and hit him with a fire extinguisher to get him to stop burning and dragged him from the vehicle."

The person rescued was transported to ChristianaCare with third-degree burns.

Three other people were evaluated at the scene.

All southbound lanes were closed for about two hours but have now reopened.