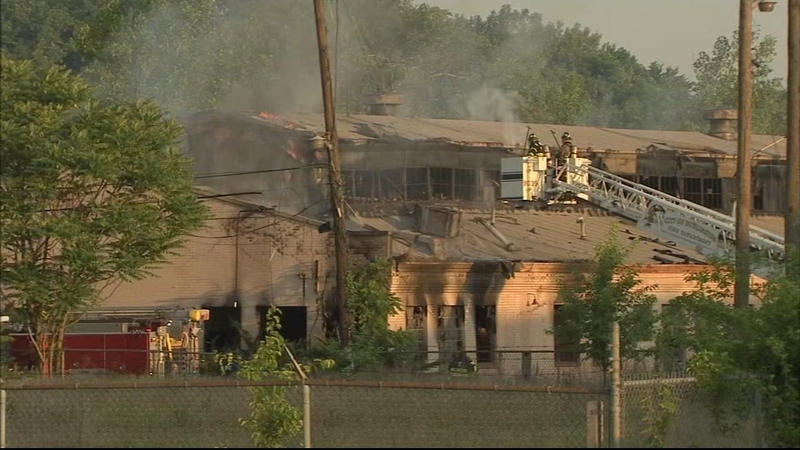 BURLINGTON, New Jersey (WPVI) -- Firefighters worked to put out four fires on the property of the McNeal Mansion in Burlington, New Jersey, on Monday morning.

According to officials, the fires started at about 3:45 a.m. at the vacant property along the 800 block of Pearl Street.

As of 6 a.m., crews were still working to get the fires under control. At least one of the fires went to a second alarm as flames were reported through the roof of the building.

By 10 a.m., officials said three of the fires were out.

The mayor says this is the second time fire has been reported on the abandoned property in a matter of months.

Debris inside the buildings posed a challenge in the firefight, as did the extreme heat.

"We have rehab units on scene to treat our firefighters for heat exhaustion," said City of Burlington Office of Emergency Management Coordinator Frank Caruso.

The mansion, on the state registry of historic places, was constructed in 1890.

It served as a stately, ornate home for New Jersey industrialist Andrew McNeal, who founded a pipe plant and foundry.

Decades later the property was used for corporate space. Then, in the 1950s, it was abandoned.

Years later, a restaurant on the property burned down. The town now owns the land.

"Our goal is to get those buildings rehabilitated for public use," said Mayor Barry Conaway.

An Amazon facility near the historic mansion was not impacted by the blaze, but officials said employees may have a difficult time arriving for their shift because of firefighter activity and traffic in the area.