It was Tuesday, June 1, just before 10 p.m., when he was gunned down.
WPVI
By Rick Williams and Heather Grubola 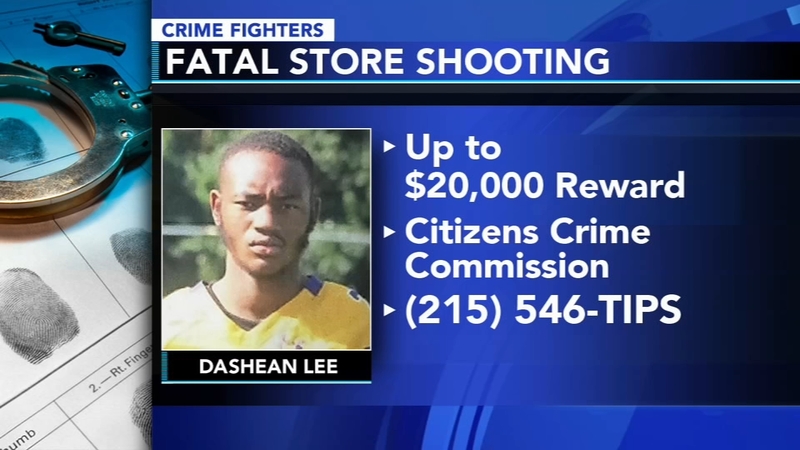 PHILADELPHIA (WPVI) -- A young man walking into a store was fatally gunned down, and another man was injured. Authorities hope a big reward will encourage someone to come forward and solve this crime.

Twenty-two-year-old Dashean Lee was heading into a variety store along the 1200 block of East Chelten Avenue in Philadelphia's East Germantown section.

"Upon arrival, the police located two victims," said Santo Montecalvo of the Citizens Crime Commission. "The first victim who was later ID'd as Deshean Lee was shot multiple times."

Lee was pronounced dead at the hospital.

The other victim was shot in the ankle and was taken to the hospital in stable condition.

"The other individual who got shot, there's no relationship with the victim. He got shot but a victim of circumstances," Montecalvo said.

Police say the suspect was on foot and wore a sweatshirt, sweatpants, and sandals, all with a Nike emblem on them.

"The police would like to know if anybody has any information as to who did this shooting," Montecalvo added.