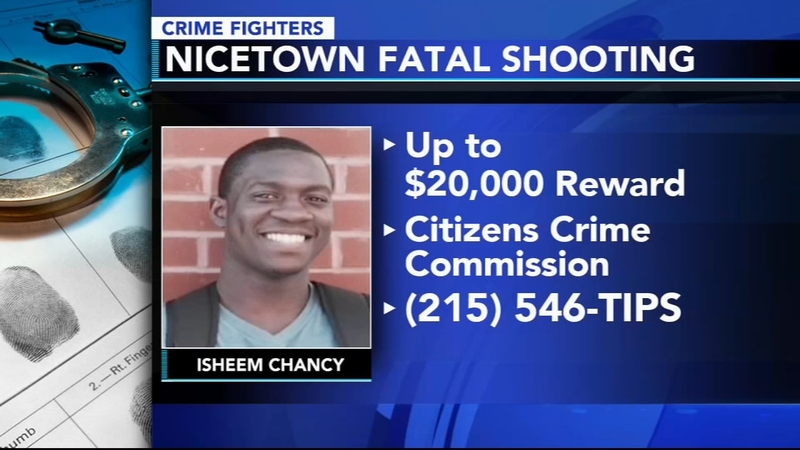 PHILADELPHIA (WPVI) -- Local authorities are hoping for a break in a case of a teenager shot dead inside a takeout restaurant this past December.

On Saturday, December 5, just after 2 a.m., 19-year-old Isheem Chancy found himself at the Natural Restaurant at North 8th Street and Lindley Avenue in Philadelphia's Nicetown neighborhood.

Police were called for a report of a person with a gun. When they arrived, they found Chancy suffering from multiple gunshot wounds on the floor inside the restaurant.

"He was immediately transported in a radio control car to Albert Einstein Medical Center, where he was pronounced dead by medical personnel," said Santo Montecalvo of the Citizens Crime Commission.

"It's time for people to step up. Make the call, there were people in the restaurant, so somebody knows who did this. So just call. You will remain anonymous. And if your information leads to an arrested conviction, you will see up to $20,000," he said.
Report a correction or typo
Related topics:
philadelphiacrime fighterscrime
Copyright © 2021 WPVI-TV. All Rights Reserved.
More Videos
From CNN Newsource affiliates
TOP STORIES