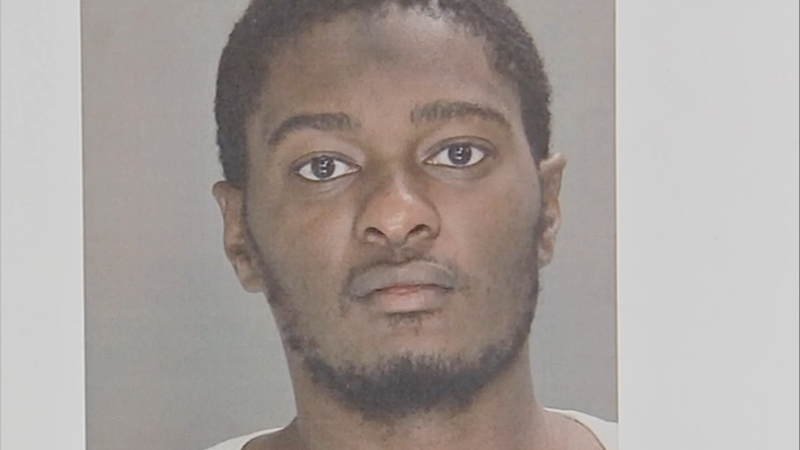 DARBY, Pa. (WPVI) -- Police said a 25-year-old Darby man has been arrested after threatening to shoot two teenagers while attempting to help several members of a juvenile gang.

"Usually it's the juveniles on the juveniles. But when you have an adult there that brings a firearm, what's that saying?" asked Darby Police Chief Robert Smyth.

Police say it all started with a fight between students at Penn Wood High School in Lansdowne last week.

Then on Friday afternoon, a group of teens showed up at the home of two brothers on Whitely Terrace in Darby, accompanied by a 25-year-old with a gun in his waistband. Police said he threatened to shoot the two brothers before they ran inside.

"This could've very easily been a double homicide at 3 in the afternoon in Darby where children are out playing," said Smyth

Police said the man is 25-year-old Tyree Williams-Pace. He was arrested at his home on Greenway Avenue but the gun has not been recovered.

"It's a pretty sad scenario when you have adults telling 16-17-year-old children which one of these two do you want me to shoot," said Smyth.

Neighbors say the idea of an adult helping members of a teenage gang is disturbing.

"25 year olds should be advising the kids on what to do and what not to do," said Faith Flahnma of Darby. "It's giving me chills right now. I'm scared."

Police said they plan to reach out to the school to address the issues being caused by this want-to-be gang.

The suspect is in custody at Police headquarters and is expected to be arraigned Monday on charges of terroristic threats and illegal possession of a firearm.

One juvenile was also arrested; his name has not been released.