Leroy Evans was convicted 41 years ago in the killing of Emily Leo, based on a witness who said he was at the scene.
WPVI
By 6abc Digital Staff 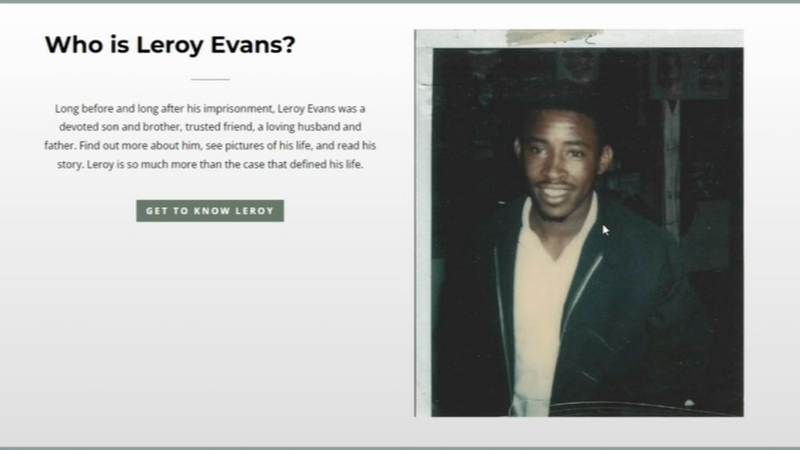 Delco advocates gather to call on the release of Leroy Evans

CHESTER, Pennsylvania (WPVI) -- Calling it a travesty of justice, advocates and lawmakers once again called for the release of a Delaware County man they say was wrongfully convicted of murder.

Evans was convicted 41 years ago in the killing of Emily Leo, based on a witness who said he was at the scene.

That witness later recanted his testimony.

This week, Evans' lawyer filed a petition to get him released.

"For the first time in many generations, we see the opportunity for a right for a wrong to be righted and a new story to be written," said Senator Anthony Williams of the 8th District.

Evans has always maintained his innocence, saying he did help dispose of the victim's clothing but played no role in her murder.

"In February of 2020 Attorney General Shapiro announced the creation of a Conviction Integrity Section, Pennsylvania's first statewide section for reviewing questionable past convictions.

Shortly thereafter, my office referred the case of Leroy Evans, an individual convicted in the 1980 murder of Emily Leo.

We are grateful that the AG's office agreed to review the case, and we appreciate the hard work of everyone who contributed to that review.

We are aware that the section determined that certain evidence may form the basis for post-conviction relief for Mr. Evans, and we look forward to the court's decision regarding his petition for relief."